On the Emergence of Domestic Public-Private Partnerships in Cuba 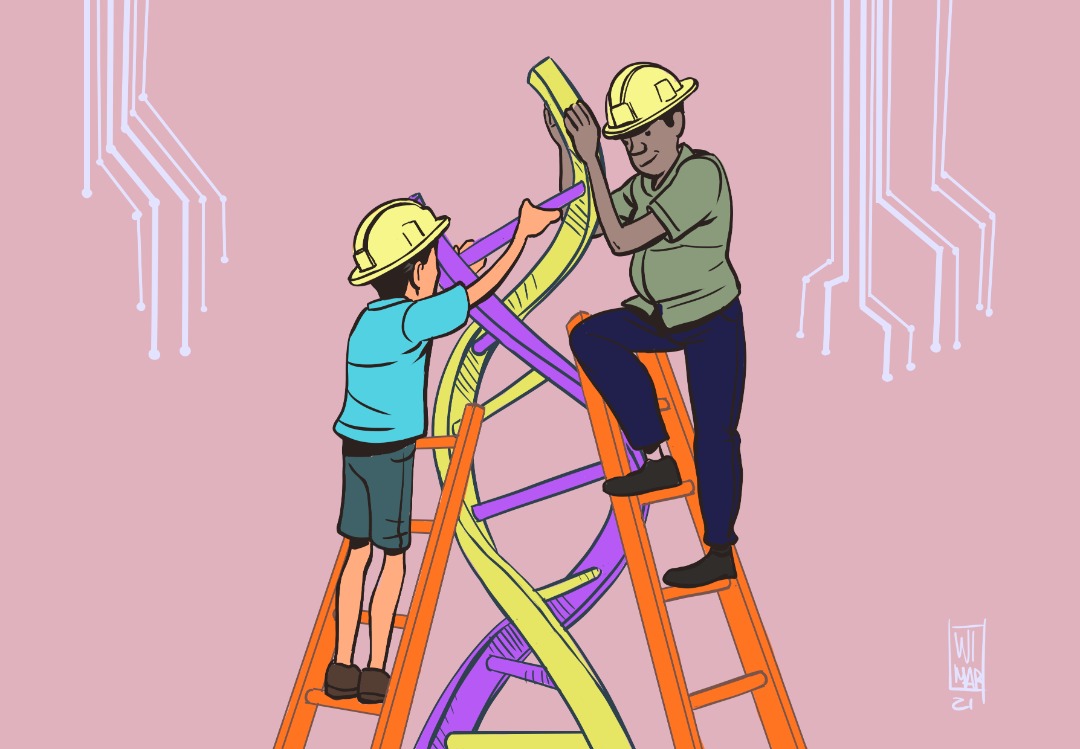 In Cuba, the fields of computer science and programming have seen a significant boom after the liberation and expansion of the internet in recent years.

From a professional point of view, Cuban universities have graduated thousands of computer scientists, programmers, and specialists from areas related to computer science. The University of Computer Science (UCI) has graduated from 2007 – the year of its first graduation class – to 2020 more than 15,000 computer science engineers. Many of these new professionals reside throughout the country; some in remote areas, which makes it possible for them to be closer to the technological and digitalization needs of their local community.

Although a high percentage of these graduates work in companies and state institutions, many prefer to be self-employed or work as freelancers in the private sector, in many cases servicing demand from abroad which can finance the high costs of connectivity on the island and offer higher rewards for their skills. But others have found their niche market to be in the digitalization needs of state and government entities.

The truth is that, in Cuba today, the private development of information technology is expensive—the cost of internet access for both the population and the private sector is one of the highest in the world, and the service is not of the best quality. Acquiring technological tools and equipment, in addition to being expensive, is very complex,[1] and working in the sector is still encumbered by significant legal restraints.[2] [3] Even so, there are many private application and software development teams in the country today, or those that we could recognize as Cuban start-ups.

The last few months have demonstrated how relations with the private sector in the country have become “more flexible.” The 2019 Constitution recognizes, after more than 50 years,[4] private ownership over means of production. This past August 19, the regulations surrounding Entrepreneurship and non-agricultural cooperatives were updated, and private enterprises were legalized, now considered micro, small, and medium-sized enterprises (MSMEs). This was all included in the modifications of new economic actors in Ordinance No. 94 of the Official Gazette.[5] Given the need for fresh, foreign exchange, the export of private goods and services is being promoted, and the tech sector stands to benefit greatly.

Due to the differences that exists between a start-up and a common venture, let’s look at a couple of simple definitions:

“In the business world, start-ups are businesses that are starting up and introducing an innovative idea. They are generally associated with technological development. For example, web design and development.”

“A start-up is a newly created or early-stage company that presents large growth potential and markets products and services through the use of information and communication technologies.

“It is important to know how to distinguish between conventional MSMEs and start-ups. Conventional MSMEs go to market after having invested a certain amount of money and must wait a while to start enjoying benefits. Start-ups, on the other hand, enter the market quickly to achieve growth and financing through digital transformation.”

According to the above, many private application and software development teams could be recognized as start-ups, and consequently benefit from this new legal reality. Although it should be noted that not every business within the technology sector is considered a start-up.

In 2020, two Science Technology Parks were created—one in Havana and the other in Matanzas, where agreements have already been signed for work projects between state and private sector entities. This is an example of how public-private alliances in the technology sector could work successfully. These parks represent a market for already developed applications, as well as a source of financing for new projects.

Likewise, the University of Havana Foundation[6] was established for managing science, technology, and innovation. Its objectives include promoting project incubation and acts as one more option for the future development of public-private partnerships.

Additionally, new legal frameworks have been published, such as Law 139 “Organization and Functioning of the Municipal Administration Council” and Decree 33 “For the Strategic Management of Territorial Development.” These strengthen cooperative relationships with forms of non-State management and motivate local government administrations to seek solutions to their needs within their means. This provides a space for local development teams, which are familiar with the difficulties within their communities, to have a niche for the creation and development of a start-up.

It is worth noting that Decree 33 authorizes the creation of strategic alliances between all sectors that interact in the community and allows for financing by funds from local, provincial, or central governments, among other sources. It also allows for project ownership to be shared by different actors that comprise it.

In conversations with some software and application developers, a recurring challenge is the lack of financing available to start new business projects, or the ability to expand the ones already in operation. The aforementioned examples are presented as possible sources of funding for these development teams.

More recently, on August 19, 2021, Ordinance No. 94 of the Official Gazette was updated with new economic policies. The update to self-employment recognizes actors as “autonomous,” although it is directed more towards the global market. The update also ends experimenting with non-agricultural cooperatives alone and authorizes their creation in almost all sectors of the economy. And, perhaps the most important approval comes with the legalization of private and mixed enterprises in the form of micro, small, and medium enterprises (MSMEs) formed as societies of limited responsibility (SRLs; similar to LLCs).

The publication of Ordinance No. 94 fulfills the announcement from June 18 made by Vice Prime Minister and Minister of the Economy Alejandro Gil where he promised that in no more than three months the judicial framework around MSMEs would be ready. At first, private and public enterprises will be separate; mixed enterprises will be allowed later.

The new legal framework creates an unprecedented scenario in Cuba as it is now possible to create public-private alliances. This means that a public entity could, for example, offer credit and capital to one or several people from the private sector to create an enterprise focused on tech development.

What are the advantages for a state company to participate in these mixed entities?

In the first place, the company increases its efficiency by not having to hire personnel for project development that, in its earliest stage, may be risky, or whose size does not justify dedicating part of the company’s larger organizational structure.

They can participate in projects that, due to their size, location, or other characteristics, do not justify creating their own teams, since they can take advantage of communities which may already have work teams that can provide a local response.

They benefit from existing projects and products and are able to enhance their execution and marketing with minimal effort.

They obtain additional profits to those generated by their own work teams.

Now, how does the Cuban private sector benefit, particularly in tech, from these alliances?

The main obstacle that the Cuban private sector faces today, after the need for new regulations to resolve the current legal framework, is access to financing. Alliances with state entities, which can handle high budgets, could be part of the push to promote their development.

On the other hand, it ensures having a secure market for products, one in which many problems persist today. After so many years of fears and stigmas between the two sectors, it has been difficult to reach broader markets. Additionally, having a secure domestic market will reduce the risks faced by many of the teams working for a relatively informal market abroad.

But will we be prepared to create and strengthen these alliances?

On the side of state and governmental entities, it is necessary to “turn the page” away from the taboo placed on the private sector. It is necessary to moderate the vocabulary of many officials in public spaces, including those in the highest levels of government. The official press and media must also scrutinize what they publish since they may be doing a lot of damage to the country’s development with the information they convey to their readers and viewers.

In the private sector, so many years of being “cuckolded and beaten”[7] makes entrepreneurs regard the state sector with fear and uncertainty. The lack of entrepreneurial culture among the population in the country means that they usually do not trust having partners or investors in their businesses. Many people prefer to go slow before being indebted to others, which, in general, is not suitable in keeping with the global practice of start-ups, where people with valuable projects look for partners to support their development.

In the short and medium terms, there’s an interesting horizon for Cuban business in which technological development projects, commonly known as start-ups, can have advantages over other sectors and be greatly strengthened by the creation of public-private partnerships.

Darién García Linsuaín has a Bachelor’s degree in Accounting and Finance from the University of Havana and was an adjunct professor in the Department of Finance. Since 2013 he has been an accountant and business consultant in the Cuban private sector, specializing in Non-Agricultural Cooperatives since 2014. In 2013 he began to collaborate with the Incuba Empresas Project, and acted as Coordinator from 2014 to the beginning of 2019. In January 2020 he co-founded Cuba, Let’s Talk About Business, as a space for outreach and training on business and business issues for Cuban entrepreneurs and new entrepreneurs. In September 2021 he started his personal business in “Trust Management.” He has given courses, talks and conferences on business and entrepreneurship issues in different areas of the country.

Resolution No. 24 of 2018 of the Ministry of Labor and Social Security. Official Gazette No. 77 Extraordinary of December 5, 2018.

Constitution of the Republic of Cuba. Official Gazette No. 5 Extraordinary of April 10, 2019.

Law No. 139 of 2020. Law of Organization and Functioning of the Municipal Administration Council. Official Gazette No. 14 Ordinary of February 5, 2021.

Decree 33 of 2021. For the Strategic Management of Territorial Development. Official Gazette No. 40 Ordinary of April 16, 2021

[1] To how complex it can be to access technological tools due to cost and connectivity issues, it should be added that some of these tools do not work in the country because they are included in blacklists, such as that of countries sponsoring terrorism, among others. The impact of these restrictions can be seen above all in social networks that have developed campaigns such as #error403, which did not have the expected impact. It should be recognized that Cuban entrepreneurs have sought alternatives such as the use of VPNs.

[2] The “Computer Equipment Programmer” license was the only option for people who wanted to develop in the technology sector privately. Its addition to the new applications was halted on August 1, 2017, by Resolution No. 22 of 2017. The “freeze” was ratified by special provision Resolution No. 24 of 2018, and it was not until February 9, 2021, that it was authorized again. Curiously, this happened in a television program and no legal document has been published to support the announcement, but the upside is that authorization can be obtained again. With the publication of the Ordinary Official Gazette No. 94, the license options were expanded to be able to create a non-agricultural cooperative or a private company as a micro, small or medium-sized company.

[4] Many authors mark March 13, 1968 as the date when private property over the means of production in Cuba is no longer recognized.