Tech entrepreneurship in Cuba: the pandemic points to the road ahead 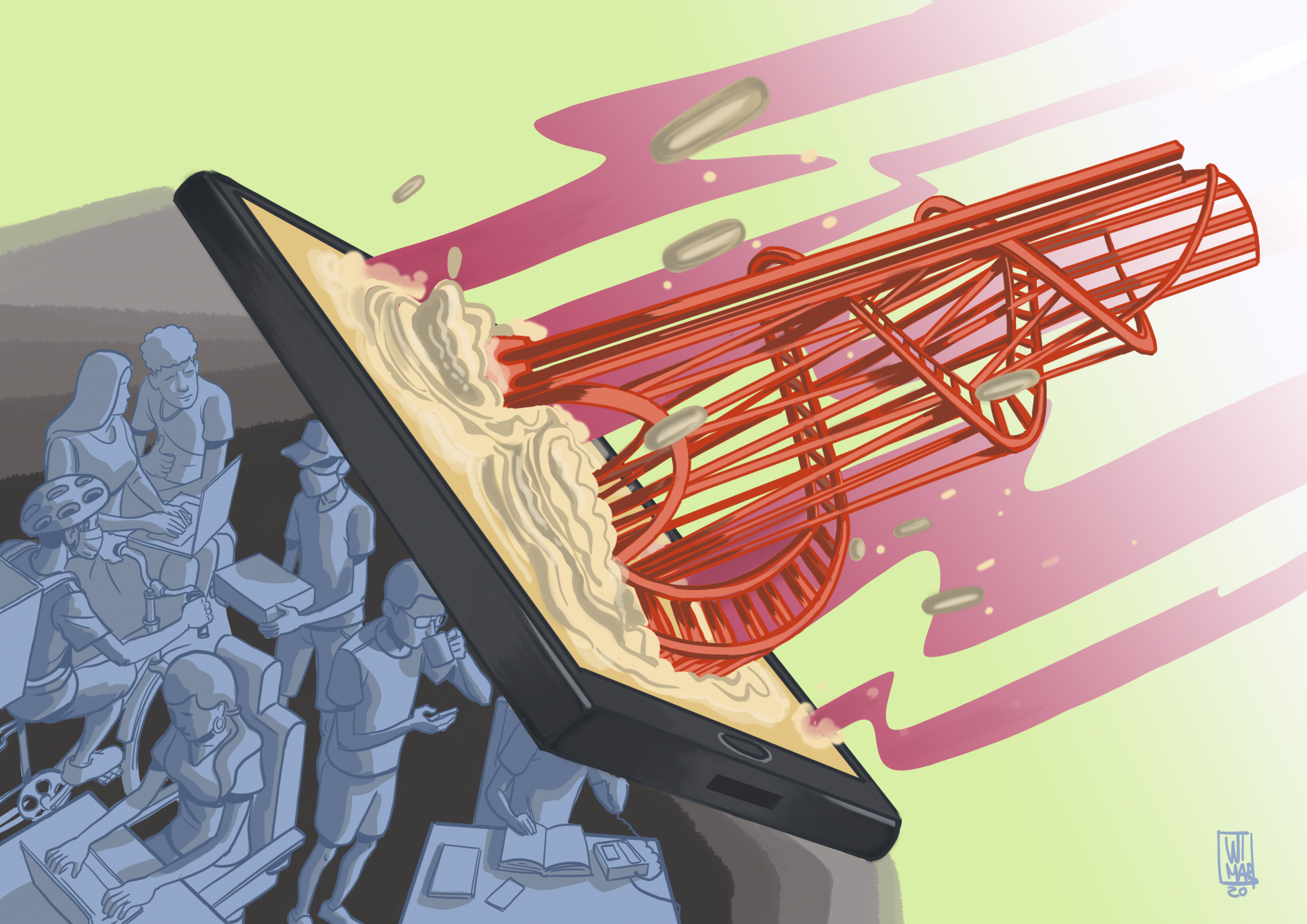 How many businesses closed, and how many will reopen? How many were able to transform themselves to survive? How much did the home delivery industry grow during the pandemic? These factors remain uncertain but are essential to understand the changes experienced by entrepreneurs in Cuba after the announcement of the first cases of coronavirus on the island.

While some suspended their operations due to the nature of each business – such as massage services – or due to the conditions in Cuba, such as scarcity or increased costs, others reinvented themselves and adapted.

A rental house became the first co-working space in Cuba; Behart held online exhibitions, placing the gallery at the click of a button; startups emerged to solve problems ranging from delivering farmers markets and gastronomic services to homes, to sending remittances to family members through alternative means. Organizations such as the School of Creative Photography in Havana (EFCH), the Cuba Emprende Project, and gyms such as Charlotte, Dale Dale, and Pura Vida offered workshops and classes through Telegram and WhatsApp.

It was also the right time for the expansion and consolidation of home delivery services. For this, gastronomic businesses had several alternatives, from creating delivery systems with their own fleet of couriers, to associating themselves with other traditional businesses and tech platforms such as Alamesa, Pa’mi casa, and Mandao.

According to Marta Deus, leader of the Mandao messaging app, her business “reached its maximum load and work capacity. From one day to the next, the number of orders and demand rose.”

More than 10 traditional businesses in retail services such as the sale of clothing, lights, or household items have been transformed thanks to El Catre, a marketplace that, in the midst of this situation, has committed itself to the digitization of SMEs and offers a space for exhibiting products. Among them, Confecciones Procle, La Bombilla, and Mi Rinconcito.

However, in the midst of this productive panorama for some, others have been forced to stop. As reported by ElToque and IPS, some 243,203 of the 600,000 self-employed workers have ceased their operations since mid-May. Even digital businesses such as the “Cuban Ubers” – Bajanda, Cuber, and Sube – had to stop due to mobility restrictions imposed by the government.

We do not know which webpages were the most visited during quarantine, but there was a registered “growth in the additional volume of traffic on Etecsa networks by more than 10%” in March. By May, that had grown to 60%. How much have startups billed through e-commerce websites, and how much has user acquisition increased among Cuban startups?

We can affirm that there has been a jump, both in the supply and demand of certain types of services and products due to the isolation caused by the coronavirus, the modifications of traditional commercial relations, and the emergence of others.

This is how the incipient podcasting industry found its roots and has developed with platforms such as CubaPod, which already has 111 registered podcasts of various categories ranging from sports to business, and 6,820 unique downloads on its Telegram bot and administration pages for podcasters.

The Cuban government has also contributed, albeit indirectly, to the burgeoning of the digital ecosystem. It has made use of digital banking with the state’s “fintech” apps Transfermóvil and Enzona to pay for services and transfer or create new bank accounts.

Entrepreneurs have used these applications to send and receive payments without the need for physical exchange. Although this sector is not separate from the rest, Enzona statistics indicate that from July 2019 to September 2020, several million pesos have circulated through its platform, and the number of users has skyrocketed since March, coinciding with isolation.

Yaiselis Ramirez, leader of the Cuban app store Apklis, says that more than 600 people have registered on the platform as developers in the past 6 months and 203 new applications have been incorporated. This commitment to app development is not accidental, so much so that with the arrival of COVID-19 the response to inform and help in the investigation of cases has been immediate.

Here is a summary:

This digital revolution has been made possible, in part, thanks to the gradual reduction of the national digital divide. The number of users subscribed to mobile telephony is more than 6 million, and 3.9 million of them use the internet through mobile data (lxDM). This figure is higher than the 158,000 subscribed to the Nauta home service out of more than 1.3 million fixed lines.

“From a technological point of view, Cuba has had a fairly big turnaround. We are gradually immersing ourselves in technology. We may not be at the level of the rest of the world, but several successful applications and solutions have emerged within the country,” says Yaiselis.

For post-pandemic Cuba, tech entrepreneurship is still a pending issue. An approaching Enterprise Law would include an important demand of Cuban entrepreneurs: the legalization of SMEs. However, tech startups have their own DNA to differ them from many of the characteristics present in traditional ventures, both in terms of market and taxation.

Rta. Sandra Madiendo Ruiz is a journalist. She writes about entrepreneurship and technology for Todostartups, and investigates how technology platforms impact society. She lives in Havana, Cuba.