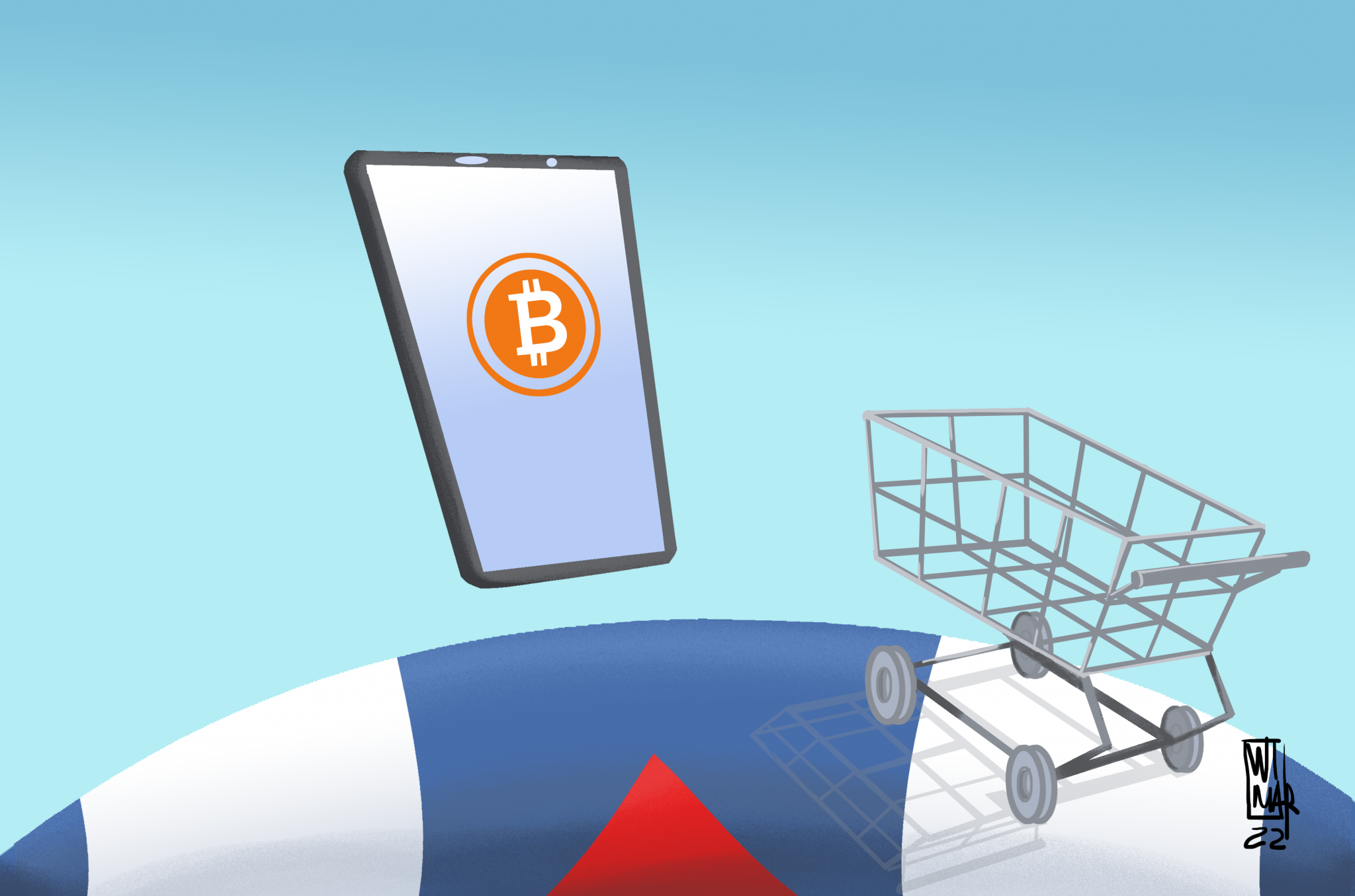 When we talk about online sales in Cuba, some sites that have operated for decades come to mind: Revolico, Bachecubano, Porlalivre, Cubísima, Promociones, among others. These are known as classified ad portals where Cubans publish their products and connect with potential customers by phone or email. Likewise, thousands of announcements can be found daily in WhatsApp, Telegram, and Facebook groups with proposals for buying and selling, bartering, or exchanging currencies. These examples, although functional, are a primitive form of what is known today in the world as electronic commerce, or e-commerce.

There are large platforms such as Amazon, Ebay, Shopify, and Alibaba that allow the sale of products and services to anyone who registers as seller. They also have something important in common: none of them available to Cubans due to the economic sanctions of the Embargo.

In recent years, alternatives have emerged: Katapulk, Tiendalotengo, Cuballama, DimeCuba, RapiCombo, and PSTExpress. These stores and shipping companies offer the Cuban community abroad the possibility of sending food, toiletries, household supplies, appliances and more to the island. Platforms such as Katapulk offer both imported products, which are sent through different routes to the island, as well as products by Cuban entrepreneurs, which allows for faster deliveries.

Even when these and other e-commerce platforms solve part of the problem, they are still not accessible to ordinary Cubans who do not have international cards to pay at these sites. Nor can most Cuban entrepreneurs publish their products and services on them.

With the appearance of the Internet in Cuba, but especially with access through the mobile data network,[1] efforts have been made to develop the use of e-commerce. One of them, and perhaps the most infamous, is TuEnvio.cu, a marketplace (ie. a chain of centralized stores within the same platform) developed by the University of Informatics Sciences (UCI) that included foreign currency stores before and a little after the monetary reform began in Cuba in January 2021.

TuEnvio promised to be the solution to the lack of digital stores on the island, but shortages, constant crashes due to overworked servers, and the inability to meet the high demand buried the platform.

Meanwhile, Cuban developers and entrepreneurs have launched platform proposals to greater or lesser success. Such are the cases of Mandao, CubMaker, Mesirve, CrecexDiez, and Mercazona. Mandao focuses on home food deliveries through a network of messengers that connect restaurants, bars, cafes, and markets with their end customers. Mandao had its breakthrough at the beginning of 2020 during the COVID-19 pandemic in Cuba and is currently found in almost all the provincial capitals.

CubMaker.com proposes a marketplace in which each business has a space where it manages, promotes, and sells its products from a control panel. Mesirve and CrecexDiez are recent projects that are beginning to form their value propositions and have interesting features such as integrating sales through WhatsApp or creating advertising campaigns for businesses. Mercazona, on the other hand, has decided to limit its reach to the province of Las Tunas, although it intends to expand to other territories of the country.

Despite the fact that these and other proposals have emerged to promote electronic commerce in the country, the lack of infrastructure, investment, or experience in business management negatively affects their success, and they are forced to reduce their reach, and in the worst cases, to cease their development and disappear.

So, what else is there for Cuban entrepreneurs who wish to launch virtual stores? Since February 2021, the North American businessman Tim Parsa—co-founder of brands such as Uphold, AirTM, and Cadoo—has been promoting Slyk, an e-commerce platform where anyone can create a virtual store for free and launch their business into the digital space.

According to its founder, “Cuba is the ideal place for developing new ventures due to its political and socioeconomic characteristics.”[2] His theory is based on the fact that, in the absence of opportunities to develop private companies focused on e-commerce, business owners in Cuba would be eager to have a tool that allows them to sell online.

Parsa, who first came to Cuba in 1997, was interested in finding a solution that could help Cubans, in the way that AirTM (one of his success stories) managed to position itself in Venezuela as an alternative to the inflation of the Bolívar.

In this case, Slyk would focus on the entrepreneurial public and serve as a tool to empower this growing sector on the island and to “create an abundance that cannot be stopped,” says Tim.

What is Slyk and How it Helps the Cuban Entrepreneur

Slyk is an e-commerce tool for mobile phones where anyone can create a virtual store and charge for their products and services online.

Thanks to the integration of payment methods with CUP, MLC, cryptocurrencies, or digital assets such as a QvaPay balance (an international payment gateway developed by Cuban YouTuber and entrepreneur Erich García Cruz), Slyk makes it possible for Cubans to charge for their products and services despite the economic sanctions of the United States or the internal blockade that hinder the normal development of private activity on the island.

Having an online space also grants entrepreneurs the ability and opportunity to sell abroad. Thus, the large number of freelancers or self-employed professionals who previously could not charge for their services on sites such as Freelancer.com, Workana, Fiveer and others, can use Slyk to monetize their work in cryptocurrencies or a QvaPay balance valued in dollars. There is a project associated with Slyk called Freemance.com that has a directory of Cuban professionals where employers can access their services and hire them directly.

To gain more visibility for online businesses, Slyk offers other avenues for growth focused on social media. Each user who registers with Slyk can share their referral link and earn a percentage of all sales generated with this link.

Stores like sendjona.slyk.io, which offers remittances and mobile phone top-ups, have taken advantage of this feature. With the use of links, they can give discount points to their clients and reduce the cost of these services on the island that were affected when Western Union closed its operations,[3] a company that centralized much of the flow of remittances in Cuba.

Since its launch, Slyk has been gaining popularity in the largest of the Antilles. There are currently more than 800 Cuban entrepreneur stores registered, with a sales volume of more than $200,000 dollars. To date there are more than 12 thousand users registered in Cuban Slyks, according to data offered by the CEO of the platform.

The figures, although positive, show only the tip of the iceberg of what the community of Cuban entrepreneurs would be capable of with tools that allow it to develop. Even so, the lack of culture on electronic commerce and new forms of payments such as cryptocurrencies and other digital assets pose a challenge for any platform that tries to penetrate the Cuban market, where there is sometimes mistrust from those who begin to see the internet as a way to sell.

In order to reverse this scenario, a solid communication strategy is essential to educate both entrepreneurs and customers about the possibilities offered by electronic commerce for the development of businesses and the shopping experience. It is also necessary to grow a delivery system that is efficient and satisfies not only local needs, but also opens up possibilities for the same business to reach the provinces beyond Havana.

On the other hand, the recent regulation of the use of cryptocurrencies and their consequent recognition by the Central Bank of Cuba,[4] in addition to the creation of new forms of business management such as Micro, Medium and Small Enterprises, known as MIPYMES,[5] signal a great step forward for platforms such as Slyk to take advantage of and further retain their value proposition on the island.

Kmilo Noa is a writer and enthusiast of technology and social management. He resides in Holguín, Cuba. Find him on twitter @noakmilo.

[1] Data on Internet in Cuba

[4] Cuba regulates the use of cryptocurrencies for commercial operations