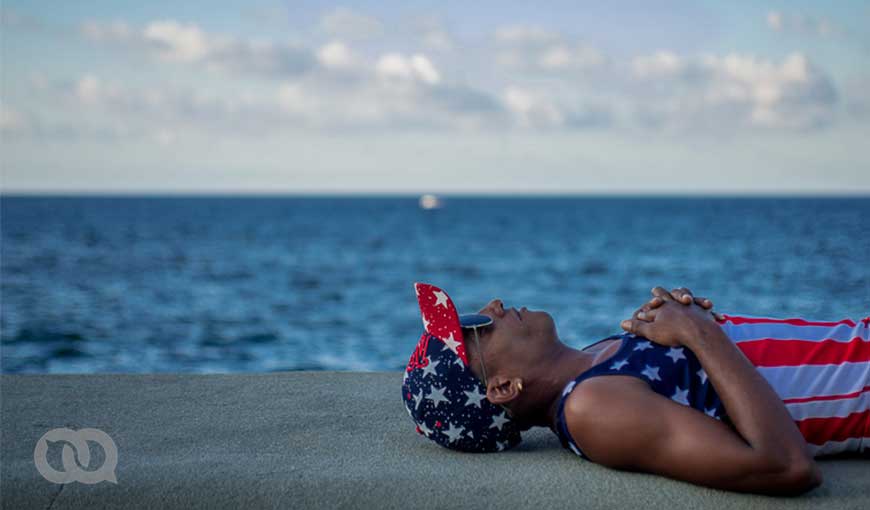 Early this month, Florida International University published the latest edition of its bi-annual Cuba Poll, which since 1991 has tracked the evolution of views on U.S.-Cuba relations among Cuban-Americans in Miami Dade County.

This is the first time the poll has been conducted since the Trump Administration launched its “maximum pressure” sanctions campaign against Venezuela and Cuba in early 2019. It is also the first time since the Trump re-election campaign turned the framing of Democrats as economy-wrecking socialists into the cornerstone of its messaging strategy, particularly in the must-win state of Florida.

Experience tells us the presidency sets the tone of national discourse. So as expected, the poll reflected the impact of both these efforts on Cuban-American public opinion. It paints a complex picture of where Cuban-American opinion currently stands.

But when respondents were asked about support for each core component of Cuba policy without mentioning Trump, political parties or “the embargo”, an interesting thing happened: the partisan lines disappeared and previous trend lines in favor of engagement resurfaced, with U.S.-born Cuban-Americans and recent arrivals leading the way.

Of the 1,002 Cuban-Americans surveyed, 57% support the temporary suspension of trade sanctions on Cuba during the Covid-19 crisis; 69% support food sales and 71% support medicine sales to Cuba by U.S. companies; 56% support diplomatic relations between the two countries; 58% oppose recent restrictions on the issuing of visas; and 58% support the resumption of the Cuban Family Reunification Program, which was suspended in 2019.

Support for unrestricted travel to Cuba—for Americans and Cuban-Americans alike—did drop below 50% for the first time since the Bush-era, with cruise ships being the least popular (40%). Yet, 62% favor allowing U.S. commercial airlines to re-establish routes throughout the island, not just to Havana. This suggests that while a majority of Cuban-Americans may now favor some restrictions on U.S.-Cuba travel, they remain lenient on what those may be.

Notably, on questions that define U.S.-Cuba policy in terms of “carrots” and “sticks”, strong majorities supported a combined approach: 68% favor policies “designed to put maximum pressure on the Cuban government” while 66% support policies directed at “improving the economic well-being of the Cuban people.” In other words, the Obama-era view that “U.S. policy should be tough on the government but soft on the people” continues to hold firm. So has the shrinking salience of U.S.-Cuba policy among election-year issues for Cuban-American voters, ranking below the economy, healthcare, race, immigration and even China policy across party lines.

Perhaps the most significant number in the poll is the percentage of newer émigrés who identify as Republican: a whopping 76% of those who migrated to the United States between 2010 and 2015. Paradoxically, these are also the Cubans-Americans who most frequently travel to Cuba, maintain relations on the island and favor the engagement policies their Republican representatives so ardently strive to dismantle. This contradiction is shaped by too many factors to explore here. The appeal of Trump’s strongman/ business mogul persona and anti-socialist bombast is certainly two of them. Yet it is also true that these migrants harbor deep antipathies toward a Cuban government that did precious little to seize the opportunity for reform presented by President Obama’s diplomatic opening. Their party affiliation likely represents a rebuke of the system they left behind more than any defined ideological leaning.

Ultimately, the poll results imply that party preference among Cuban-Americans is less tied to Cuba policy preferences than hardline advocates would have us believe. Put another way, although they respond well to anti-socialist rhetoric, a majority of Cuban-Americans still support engagement policies that help the Cuban people.

There are important lessons here for whoever wins the White House come November. Should it be Joe Biden, reversing Trump’s most hurtful measures toward Cuba stand to be popular among Cuban-Americans. These include the re-establishment of island-wide commercial and charter travel, lifting remittance limits, re-opening consular services and fully staffing the U.S. Embassy in Havana. For Trump, the FIU poll suggests that Cuba sanctions have a political ceiling, which his policies reached long ago. In a second term, Trump could ease harmful restrictions on travel, remittances, and some trade in pursuit of a “better deal” without losing support.

But the biggest lesson for all is that policies that increase hardship for the Cuban people should be eliminated once and for all. Not only are they inhumane and counterproductive to advancing positive change, they also don’t mobilize the rising generation of Cuban-American voters, whether Democrat or Republican.