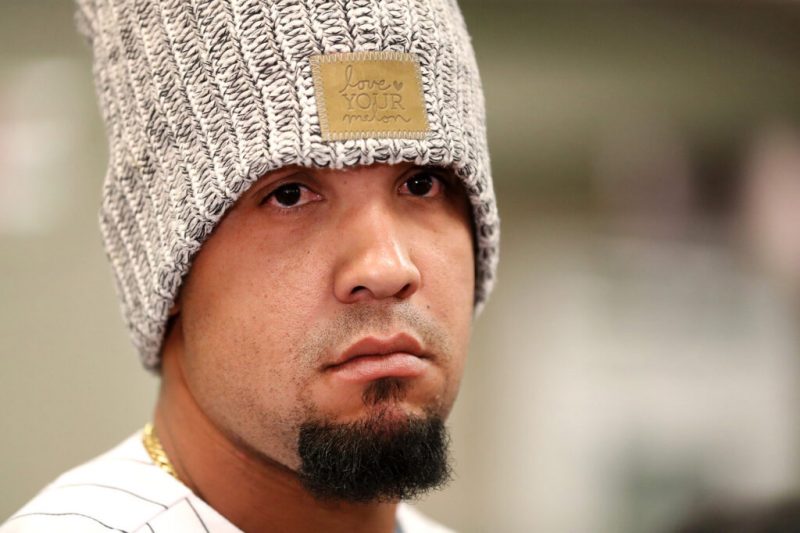 WASHINGTON — The Trump administration Monday decided to block a historic agreement that allowed Cuban baseball players to join a Major League Baseball team without having to defect.

The administration objected to the Obama-era ruling, that had yet to be tested, saying it was invalid and would only enrich the Cuban government and use the players as “pawns”

“We look forward to the day that Cuban baseball players can fully contract with Major League Baseball like players from every other country in the world and not as pawns of the Cuban dictatorship,” a senior administration official told reporters on condition of anonymity.

MLB reached an agreement with the Cuban Baseball Federation in December that would allow Cuban baseball players to sign contracts directly with professional U.S. baseball clubs. Last week, the Cuban federation announced the first list of players who would be authorized to play under that agreement.

The Trump administration said Monday those players would not be allowed to complete any deals.

National security adviser John Bolton hinted at the announcement in a tweet over the weekend charging the Cuban government was using its country’s baseball players and “selling their rights to Major League Baseball” as a means to support Venezuela’s Nicolas Maduro.

“The U.S. does not support actions that would institutionalize a system by which a Cuban government entity garnishes the wages of hard-working athletes who simply seek to live and compete in a free society,” said Garrett Marquis, National Security Council spokesperson. “The administration looks forward to working with MLB to identify ways for Cuban players to have the individual freedom to benefit from their talents, and not as property of the Cuban State.”

The announcement is a political win for some South Florida lawmakers, such as Republican Sen. Marco Rubio, who vowed to fight the deal between MLB and the Cuban Baseball Federation. He called on the State Department to review the 2016 ruling and asked Secretary of State Mike Pompeo personally to rule that the Cuban government controls the island baseball league and therefore nullify the deal.

In response to Bolton and Rubio’s tweets, the Cuban Baseball Federation posted the following statement Monday on Twitter: “The agreement with #MLB seeks to stop the trafficking of human beings, encourage cooperation and raise the level of baseball. Any contrary idea is false news. Attacks with political motivation against the agreement achieved harm the athletes, their families and the fans.”

“We stand by the goal of the agreement, which is to end the human trafficking of baseball players from Cuba”

Baseball executives told McClatchy in December that they had been in regular contact with the Trump administration during the months of negotiations, including in the last several days before the announcement was made that month.

They described opposition to the deal as politically motivated and questioned why the administration was fighting an agreement designed to protect Cuban baseball players seeking to come to the United States from having to make the perilous ocean journey or sign up with dangerous human smuggling operations.

The Trump administration decision was “a win for human smugglers in the Caribbean basin and a loss for just about everyone else impacted by this policy,” according to Cuba Study Group’s executive director, Ricardo Herrero.

“Canceling this deal is just the latest heavy-handed blow by an administration bent on depriving the Cuban government of all resources without any regard whatsoever for the well-being or support of the Cuban people,” Herrero said.

A sports agent and a baseball trainer were convicted last year of operating a sophisticated network that smuggled Cuban players off the island and took them to Mexico, the Dominican Republic and Haiti, where they established residency or obtained fake papers to then apply for U.S. visas and work licenses.

Many current and former Cuban baseball players who took such dramatic steps to play Major League Baseball praised the agreement. White Sox first baseman Jose Abreu said in a statement released by MLB in December that he is still harassed by smugglers.

The administration pushed back, accusing the MLB of entering into an agreement that would essentially “institutionalize human trafficking” with the Cuban government since the government would receive a portion of future contracts.