Cubans Approve a Constitution, but Opponents Speak Out 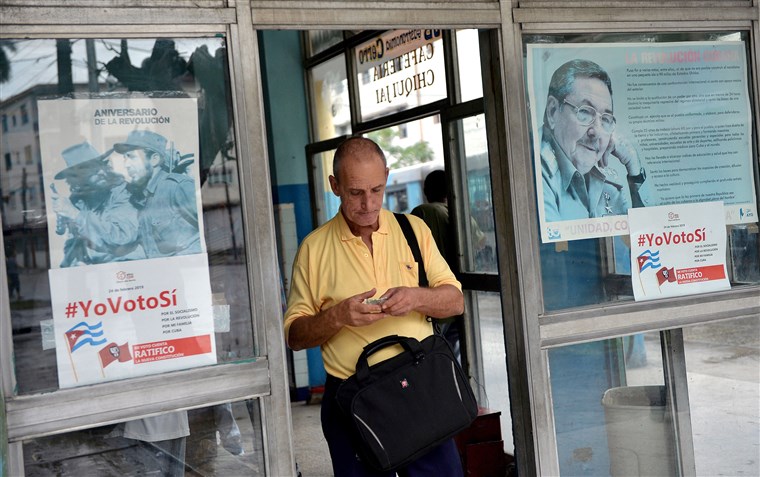 Cubans voted to approve a new constitution, the government announced Monday, but the growing boldness of those opposing its policies seemed to overshadow the modest legal changes that were on the ballot.

Nearly 87 percent of Cubans who cast ballots voted “yes” in Sunday’s referendum, the National Electoral Commission said, according to Cuban media reports. But about 15 percent of voters stayed home, and those Cubans, along with the ones who voted “no,” represented an unusual show of opposition in the one-party state.

While the final result presents no real challenge to the leadership of President Miguel Díaz-Canel and the continued control of the Cuban Communist Party, it reflects the growing confidence of diverse groups that have pushed back against official decisions in recent months and forced the government to negotiate.

Evangelical groups protested a provision in the proposed constitution that would have legalized same-sex marriage, artists demanded the repeal of a decree they said would give the government more power to censor them, and small private businesses bristled at new regulations.

“None of those issues threatened the basic structure of the single-party system,” said William LeoGrande, a professor of government at American University and a specialist in United States-Cuba relations. But, he added, “when you create a precedent that people can mobilize politically to pursue policy differences with the government, it’s not so easy to put that genie back in the bottle.”

While it is unclear how far these voices of civil society will resonate, they reveal the narrow line that Mr. Díaz-Canel is walking between a conservative old guard and an increasingly pluralistic society.

Without the authority that Fidel and Raúl Castro enjoyed as leaders of the 1959 revolution, and with no real economic improvement that he can point to, Mr. Díaz-Canel, who succeeded Raúl Castro as president last April, is seeking to establish his legitimacy. To do that, analysts say, he is cultivating an image of a president who is responsive to people’s needs.

At the same time, the widening reach of the internet makes it easier to mobilize groups around a single issue, and independent voices have multiplied online as Cubans have tested the limits of free expression.

(Click on the button below to read the full article.)