Op-ed: There’s no either-or in Cuba. U.S. can both strengthen the people and weaken the regime 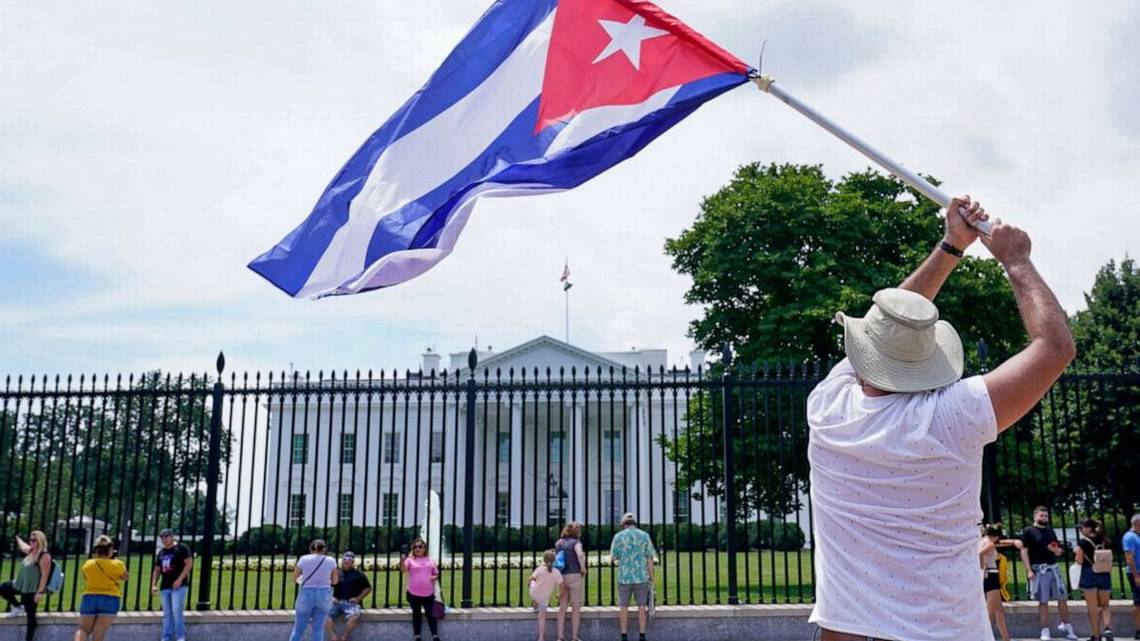 The July 11 protests in Cuba proved that people are frustrated with an unresponsive and arrogant government. Their courage has become a beacon of hope seen around the world. Yet, while nationwide uprisings may have caught Cuban authorities by surprise, the outpouring of anger and frustration was entirely foreseeable.

The Cuban people have lived inside a pressure cooker for far too long. Something had to give. Despite the government’s distortions, the protests were overwhelmingly peaceful, genuine and leaderless. The majority of demonstrators were young and racially diverse. And though certainly responding in part to Cuba’s worst economic and humanitarian crisis in three decades, protesters called for liberty and political transition, not just solutions to food shortages and other material grievances.

Some observers have called this “the beginning of the end of the dictatorship” in Cuba. Perhaps. But change in Soviet-style totalitarian systems does not always occur overnight. It requires playing a long game. One must wonder whether the regime’s exiled opposition and the United States have been effective in this regard, and whether they — we — now run the risk of committing prior mistakes.

History shows that to win the long game against Soviet-style totalitarian systems, empowering the people is essential. To paraphrase acclaimed anthropologist Mary Douglas, actions that weaken the people, strengthen their oppressors. Conversely, successful movements across the world have shared an important constant — not weak regimes, but stronger citizens and civil societies.

Since its beginning, the Cuban regime’s national narrative has been to intertwine the people with the revolution, seeing them as one and the same — indistinguishable from each other. Cuba isn’t the regime, yet, regrettably, the exile community and the U.S. government have often played into that narrative and treated them the same way by supporting indiscriminate, blanket sanctions.

In the long game, this is a ruinous approach that only serves the regime. The challenge we face today is to stop thinking in simple binary terms that dismiss measures that clearly strengthen Cubans, such as travel and remittances, as only rewarding the regime. If the anthem Patria y Vida calls on us to stop thinking in the either-or terms of Patria o Muerte, we should do the same with respect to U.S. policy. We can both empower the Cuban people and weaken their oppressors.

The July 11 demonstrations offer clear proof of this. Mass-movement experts tell us that shattered dreams and expectations are far stronger motivators for action than hunger and deprivation. When President Obama’s opening to Cuba led, in part, to a significant expansion of the internet and smartphones, he planted the seeds of a powerful catalyst. When he helped young Cubans dream of a better and more prosperous future, and the possibility of them owning businesses and their own destinies, they started to dream big. When the Trump administration and the Cuban government shut the door to their dreams, frustration and disappointment ensued, partly leading to 7/11.

President Biden ran for office telling us he understood that helping the Cuban people weakened the regime. He got it. If the Cuban government were genuinely interested in reopening remittances and travel, wouldn’t it have taken the first steps to show the incoming administration it wanted engagement?

The answer is obvious. The regime fears change. It fears losing power. It fears the Cuban people.

This is our moment of reflection — let’s seize it. We are in a long game — and the Cuban people will win. The regime is retreating into its bunker. We cannot do the same by doubling down on failed policies.

We must do all we can to ensure that on the day when democracy triumphs, Cuban society isn’t impoverished and destitute. If it is, our victory may be Pyrrhic.

Carlos Saladrigas is an entrepreneur and the chair of the Cuba Study Group.