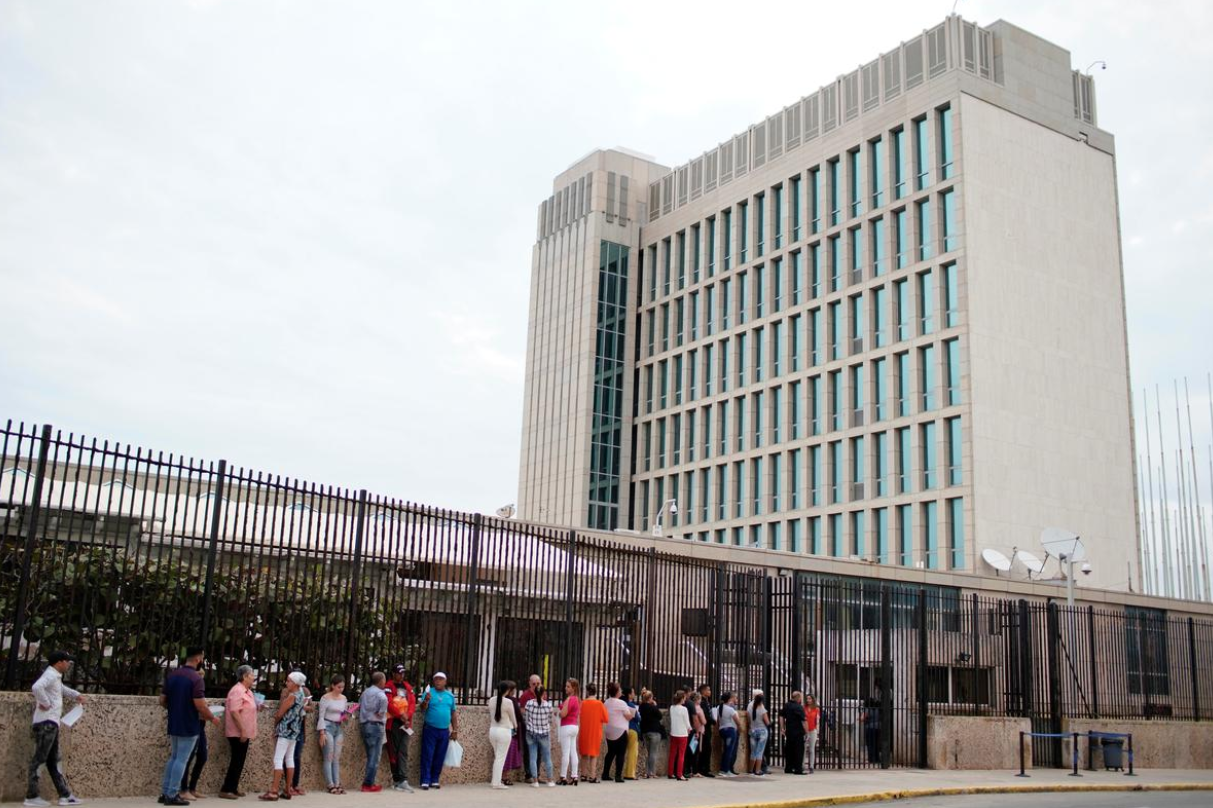 Thousands of Cuban-Americans in Florida are waiting to reunite with their relatives from Cuba through a family reunification program virtually suspended after the United States withdrew most of its staff from the embassy in Havana nearly two years ago, in response to unexplained health incidents that affected about two dozen U.S. personnel.

The Cuban Parole Family Reunification Program (CFRP) was suspended in September 2017, after the Trump administration withdrew its personnel from Havana, and resumed last year. But delays have left more than 20,000 Cubans on the island in limbo. A spokeswoman for the U.S. Citizenship and Immigration Service (USCIS) told el Nuevo Herald that the agency has “conditionally approved CFRP parole for about 22,000 beneficiaries, whose cases are pending further processing overseas.”

The processing of Cubans’ applications for immigrant visas was transferred to the U.S. Embassy in Georgetown, Guyana, last June, but the backlog persists.

“Unfortunately, circumstances in the region limit options for expeditious processing of all Cuban immigration cases,” said a spokesperson for the Bureau of Western Hemisphere Affairs at the State Department.

The effects of the delays have been felt throughout the Cuban-American community, affecting even political refugees who fled the island for fear of government repression and had hoped to reunite with their relatives in the United States.

“I am a Lady in White,” Damary Reve said in a telephone interview, referring to one of the most recognized Cuban opposition groups. “In Cuba, I suffered the horrors of Castroism for questioning the dictatorship. Out of fear of being taken to prison I escaped to Ecuador, leaving my three young children on the island hoping to get them out of there someday.“

In 2015, she crossed seven countries to reach the U.S. border, where she was admitted under the “wet foot, dry foot policy,” later repealed by former President Barack Obama at the end of his term. Reve, who currently lives in Phoenix, Arizona, immediately began the process for reunification. But after the program came to a halt, her eldest son decided to flee the island and make his way to the border on his own to request asylum, a path that many Cubans have followed in recent months.

“My oldest son turned 21, and they took him out of the [reunification process],” she said. “He could not continue waiting on the island because the government was persecuting him because he is the son of an opposition member.” Reve’s son traveled to Nicaragua and is now in Mexico hoping to ask for asylum at the border. Reve’s two daughters, ages 12 and 16, remain in Cuba.

“In December I went to see them because I could not cope with the separation,” she added. “State Security agents threatened to put me in jail if I ever go back to Cuba. Nobody can imagine my despair.”

“During a period of acute economic crisis in Cuba, the ongoing suspension of routine visa services at the U.S. Embassy in Havana exacerbates conditions on the ground, hitting Cuban families and entrepreneurs hardest and incentivizing irregular migration to the United States through Central America,“ said Ricardo Herrero, executive director of the Cuba Study Group, a nonprofit organization that promotes peaceful change in Cuba.

Read the full article in the Miami Herald (link below).