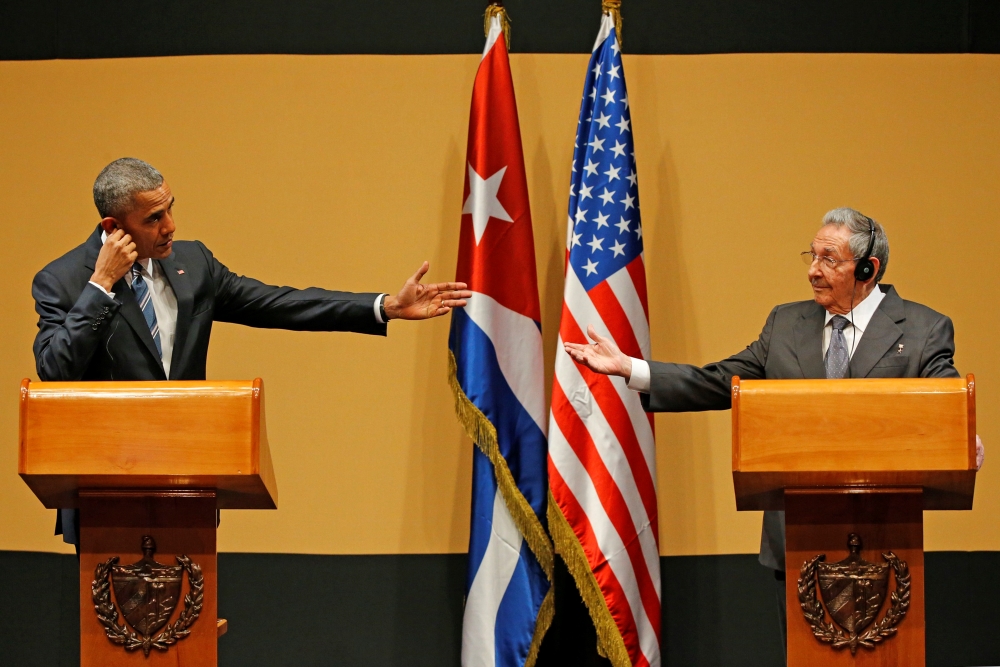 WHAT HAPPENED: On December 17, 2014, Obama and Castro announced the decision to normalize U.S.–Cuba ties. Within a few months, embassies reopened, U.S. business interest in Cuba exploded, and travel to Cuba skyrocketed as commercial flights resumed and cruise lines set sail.

In 2016, Obama became the first American president since Calvin Coolidge to visit Havana, where he stunned Cubans by delivering a nationally televised speech in front of Castro highlighting America’s belief that “every person should be equal under the law … citizens should feel free to speak their mind without fear … and to criticize their government, and to protest peacefully.”

While candidate Trump did not initially oppose normalization, it became clear before the election that a swing-state-sensitive President Trump would take a different approach. In June 2017—under pressure from Rubio—Trump gave a speech to conservative Cuban Americans in Miami vowing to re-impose harsh sanctions on Cuba and topple not only the Castro regime but governments in Venezuela and Nicaragua as well. (The three were later dubbed the “Troika of Tyranny” by then National Security Advisor John Bolton.) Since then, successive rounds of new sanctions have shut down cruise line services, curtailed flights and re-imposed limits on American travel and remittances to the island.

WHY IT REALLY MATTERED: For many observers, Washington’s decision to bury the hatchet with Havana set the stage for a new, more respectful 21st century relationship with Latin America built on economic partnerships and interstate coalitions, rather than the “yanqui imperialism” and meddling in domestic political affairs that dominated the 19th and 20th centuries. President Trump’s decision to reverse normalization with Cuba—and to pursue regime change in Nicaragua and Venezuela— dashed those hopes.

In Cuba, renewed U.S. sanctions and hostility mean that a new generation of inept leaders will be able to blame the embargo for their own economic failures. Reform-minded Cuban officials who advocated for normalization have been kneecapped by the hardline communist octogenarians who warned Castro never to trust the Americans (and turned out to be right). Cuba’s once flourishing nascent community of 600,000 small businesses has suffered from both the plunge in U.S. remittances and travel as well as more onerous restrictions from the Cuban government.

From an international standpoint, the U.S. decision to block American businesses from operating there has created a foreign investment vacuum that China, Russia and EU member states have seemed eager to fill. Trump’s Cuba reversal has joined the Paris Climate Accords, the Trans-Pacific Partnership, and the Iran nuclear deal as potent examples of why allies and foes alike should take future negotiations with American presidents with a grain of salt, lest their successors come along and rip the deals apart.