Our Statement on the July 11 Protests in Cuba 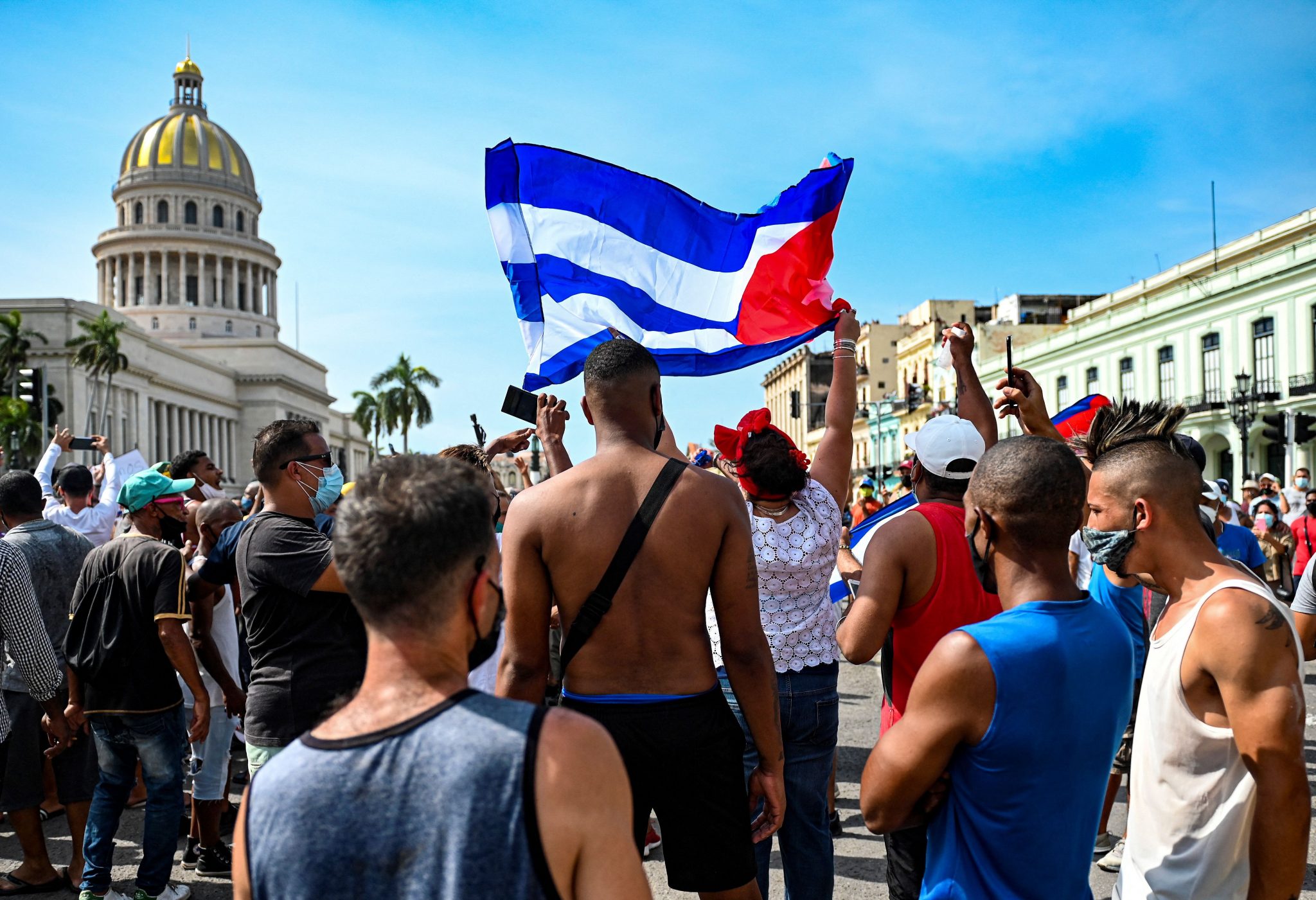 WASHINGTON D.C. – On Sunday July 11, thousands of Cubans took part in the largest protests the Island has seen in over sixty years. Protests were spontaneous, genuine and prompted by an accumulation of legitimate grievances. These include a sharp economic crisis, government mismanagement, a struggling healthcare system overwhelmed by Covid-19, and the systematic denial of political rights. Protests have since continued to kindle in streets across Cuba and gone viral online despite government efforts to block the Internet.

We unequivocally support the right of all Cuban citizens to self-determination and to peacefully make demands for change. The myth that large-scale public protests cannot happen in Cuba has been shattered. Ensuring the well-being of the Cuban people as they embark on this radically uncertain road is paramount if we are to see these events lead to meaningful outcomes that improve their lives.

We condemn the Cuban government’s call to “combat” said protestors as an irresponsible incitation to violence. Now is the time for Cuban authorities to listen to the voices of all of its citizens and convene a plural national dialogue—as civil society activists have been demanding for months. We also call on the Cuban government to release all arbitrarily detained protesters, allow unfettered Internet access, and stop using the effects of U.S. economic sanctions as a scapegoat to avoid responsibility for their part in the injustices and economic difficulties that brought so many Cubans onto the streets.

In turn, we call on the United States and the International community to give hope and support to the authentic aspirations of the Cuban people and to move swiftly to alleviate their suffering at this time of extraordinary need. The role of nations should be to support the right of Cubans to determine their own destinies, to provide hope, and remove external obstacles to the political and economic changes that Cuba so clearly needs. Policies that continue to compound the personal and economic hardships of the Cuban people, far from strengthening their ability to make demands of their government, further increase civilian dependence on the state for basic needs. To suggest that such policies now are the key to change in Cuba is to deny protesters the very agency they displayed on Sunday.

We also call on the Cuban American community to unite in solidarity with the Cuban people and to help alleviate their hardships. This is a time to act responsibly and thoughtfully, keeping the welfare of the Cuban people at top-of-mind. We must always insist on the peaceful resolution of conflict, and on the intrinsic right of the Cuban people to freely determine their own future.