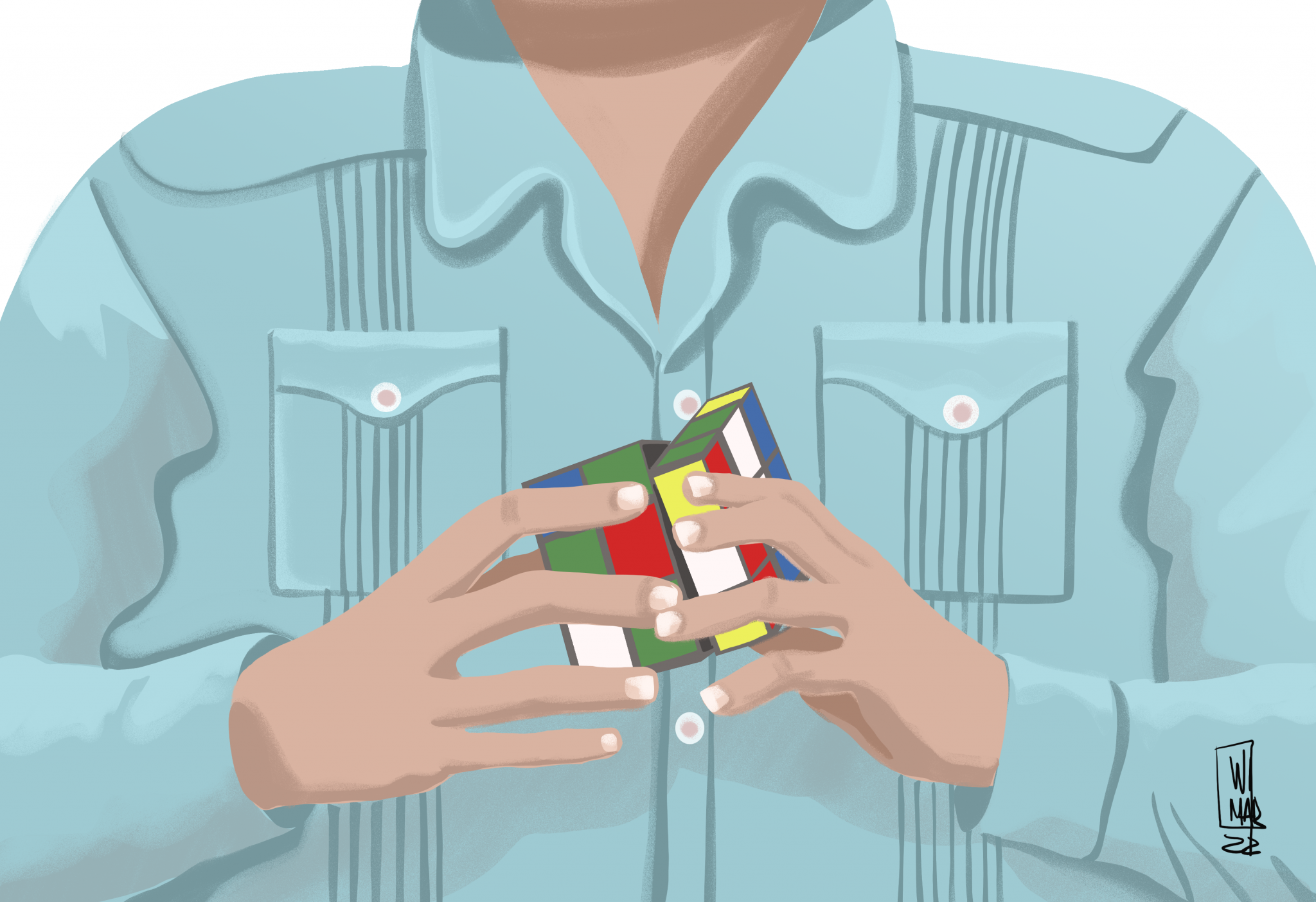 Despite the crisis that Cuba has been experiencing for years, it seems to be a good moment for entrepreneurship on the island. Contradictory? Not at all. Changes and opportunities are usually born in turbulent times, although they later require a calm environment to develop and stabilize.

Trump-era sanctions and COVID-19 have exacerbated problems afflicting the Cuban population, while exposing the deficiencies within the country’s productive and economic fabric. These deficiencies are due to a centralized and inefficient economy.

After the unprecedented protests on July 11, the Cuban government knows that one way to alleviate “social pressure” is to pump life back into the economy. It has to be done, and it is urgent. But how?

In August, Havana published a set of legal norms corresponding to the creation and operation of micro, small, and medium-sized enterprises (MSMEs).

Despite its limitations, as identified by various experts, the legislation surrounding MSMEs, together with the expansion of self-employment and the cooperative (non-agricultural) sector, open up endless possibilities for entrepreneurship in Cuba.

The economist Pedro Monreal estimates that, in an initial stage, more than 14,000 new companies could be created based on the provisions outlined in Decree Law 46/2021.

Faced with this favorable scenario, the collaboration between organizations such as the Antonio Núñez Jiménez Foundation for Nature and Humanity, the Entrepreneurship Network of the University of Havana, Habana CreActiva, Tercer Paraíso, and CubaEmprende could be decisive for the development and expansion of many new ventures.

The Antonio Núñez Jiménez Foundation for Nature and Humanity

In November 2020, amid the problems and uncertainty caused by the COVID-19 pandemic, an event that sought to promote new entrepreneurship alternatives on the island was held in the Cuban capital.

It was the first Products, Services, and Ideas Fair, organized by Yociel Marrero, an engineer and environmentalist who also acts as director of the Economics and Consumption Program of the well-known Antonio Núñez Jiménez Foundation for Nature and Humanity (FANJ).

The FANJ’s work collaborating with the Cuban private sector did not begin in 2020, but further back in 2010 when Cuba opened itself to self-employment.

“The Foundation decided to help instruct the private sector in its relationship with natural resources, mainly dealing with water and energy consumption,” says Marrero.

At the same time, the FANJ tried to incorporate the idea and concept of Corporate Social Responsibility (CSR), in tune with the “philosophy” of new Cuban businesses.

Since 2012, FANJ specialists have collaborated with young entrepreneurs on practical matters such as which water taps to use, which lighting elements are the most suitable, and advice for air conditioning and garden watering.

That exchange spurred a Sustainable Business Development Workshop in 2015. At this meeting, fifty Cuban entrepreneurs received advice from experts in the field from Canada and Colombia.

The FANJ works, above all, with projects that are in their initial phases. The intention—assures Marrero—is that the businesses introduce and bear in mind concepts of “corporate socio-environmental responsibility” during the start and throughout the elaboration of the business plan.

The meetings and workshops with Cuban entrepreneurs continued into 2018 at the Meeting of New Economies, another FANJ initiative that seeks to promote the concept of alternative economies. Among these are the so-called color economies: green, beige, brown, blue, and silver economies

“Cuba will have to go through the process of searching for the color of its economy,” says Marrero. For this, it will be essential to have the private sector’s strength in the face of new conditions and opportunities offered by the creation of MSMEs.

The new prospects for entrepreneurship in Cuba will allow the FANJ to consolidate its work supporting and training businesses in more specific and profound issues with a greater impact on the future and on the socioeconomic development of the country.

One of Proyecto Cuba Emprende’s primary focus areas is to promote sustainable entrepreneurship in Cuba.

In 2018, the project inaugurated the Oasis Program with the aim of ensuring that Cuban enterprises had a positive impact on society and the environment without sacrificing economic benefits.

Since then, the project has hosted 21 conferences and 16 CSR workshops as part of their entrepreneurial training. More than 300 people have participated in the latter.

Within the program, the event En Plural stands out. This is where business experiences with socially responsible management are presented to an audience that actively participates and asks questions.

William Bello, who has a master’s in Environment and Business Administration, points out that the shortages suffered in Cuba are the biggest limitation affecting entrepreneurs and nascent Cuban companies.

When looking through an educational lens, training entrepreneurs is not incorporated into the country’s traditional education system, says Bello.

Cuba Emprende hopes that the Oasis Program will help guide enterprises with a sustainable development model. “Today there are greater possibilities for that, and we assume that our work will increase,” says Bello.

The Habana CreActiva project supports some ventures in the Cuban capital while also building a platform for promoting and marketing cultural and creative products and services.

The following entrepreneurial projects are participants:

ATIVA:  A project dedicated to the creation of utilitarian and decorative products whose designs are inspired by Cuban aboriginal culture and its graphic legacy.

The Embassy of Art: A business in the field of visual arts, design, and printing. It promotes emerging art through material aid and support for its distribution, with specialized services for students at the University of the Arts (ISA) and the community where the project is located.

La Mina: A project that focuses on collecting and crushing plastic that contributes to helping keep Havana clean by diverting plastic from landfills and contaminated areas.

Marnia: recycling, art, and transformation: An artistic-ecological project that uses waste to create pieces of art and design. It teaches the community the importance of reusing and recycling, as well as showing art in a different and environmentally responsible way.

Paola Larghi, who has a master’s degree in social development, argues that the greatest challenge in working with Cuban entrepreneurs has been the lack of business culture in the country.

She also highlights the inexperience of these actors and their ignorance of legal and economic issues and regulations, as well as wide gaps in marketing initiatives.

Today, there is a more conducive legal framework that supports the creation of a favorable ecosystem for MSMEs, but the implementation of these rules remains unverified, says Larghi.

The non-profit socio-cultural project Embajada Rebirth / Tercer Paraíso Cuba has been present on the island since 2014.

In more than five years, it has accumulated positive impacts in enterprises such as Ciclo Ecopapel, Crepería Oasis Nelva, Café Oddara, Grados Restaurant, and Restaurant Camino al Sol, among others.

At the same time, it has established a solidarity network that looks to generate creative solutions for communities.

Laura Salas, coordinator of Tercer Paraíso Cuba, affirms that “the private sector is still incipient” in the largest island in the Caribbean, “but it must be motivated to fulfill a social role beyond the economic question. Entrepreneurs can contribute a lot towards the sustainability of a space or community. We have seen through concrete examples that it is possible to create economic stimulation and movement at the neighborhood level. It is necessary to continue advancing that perspective.”

The Entrepreneurship and Innovation Network at the University of Havana

The Entrepreneurship and Innovation Network at the University of Havana brings together professors and scholars from the Economics, Law, Accounting and Finance, Communication, Psychology, and Tourism departments, as well as the Center for Studies of the Cuban Economy, of Management Techniques, San Gerónimo University College, and FLACSO.

Its studies and analyses are aimed at “improving the functions of the non-state sector as an economic and social actor.”

They organize workshops and virtual forums on entrepreneurship in Cuba, dedicated to topics such as resilience, the analysis of export and import mechanisms, and other related matters.

The workshops go hand in hand with theoretical and research exercises that explore the main obstacles facing the private sector and entrepreneurship in the country.

Although these initiatives and projects are laudable in their efforts to train Cuban entrepreneurs, and they supply much-needed support and advice to the entrepreneurial community, their reach is still limited to Havana and nearby provinces.

Studies, research, evaluations, and exchanges of experience will always be limited by not including, or in some cases ignoring, the reality of self-employed workers that do not reside in the capital. In turn, geographic fatalism, the lack of support networks, and the absence of legal guarantees that allow them to expand to other places, restricts the creation of new projects in the interior of the country, or harms new workers in the state sector who need training and knowledge to carry out their businesses or reduce risks and losses.

Glenda Boza is a journalist for elTOQUE.