I was at the doors of the Ministry of Culture 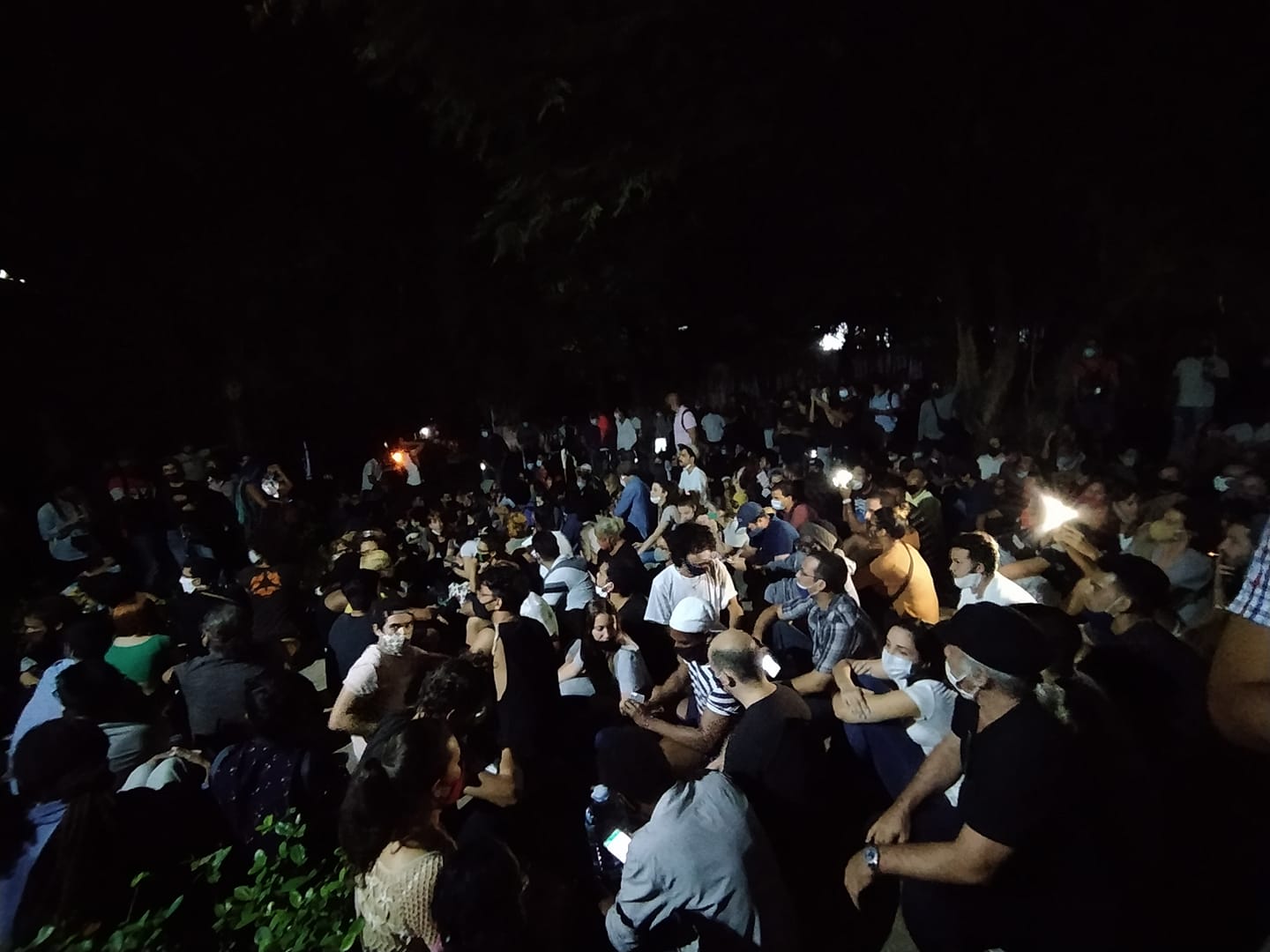 The photo was shared on social media by Nelson Jalil Sardiñas: “This is the final photo I took last night at MINCULT. In the back is a group of young people that came running after getting past the police blockade.”

Nobody summoned me. I am not an artist. I do not agree with Solis’s statements in the video of his arrest, nor with most of the positions of the San Isidro Movement. I was not – nor am I – aware of most of the details of the dynamics among its participants. I do not support annexation, nor military intervention, nor fifth-generation warfare, nor artificially manufactured destabilization.

However, I felt the need to participate in a natural space for civic expression. At least as far as I remember, in my generation we have never had a similar experience in my country. This year the death of La Fornés, but especially El Danny’s, were examples of natural civic expressions, but in totally different social fields.

To support, to participate, to be there, one should not be required to agree with everything that someone proposes, nor to totally identify with a specific event. It simply requires empathy and civic awareness. A movement will receive my support as long as there are no double intentions, and the social claims are valid and do not violate the rights of third parties. As is well remembered, Voltaire said, “I may not agree with what you say, but I will defend with my life your right to express it.”

Cuban society is heterogeneous. From my point of view, we need to accept that reality in order to learn to coexist within the disagreements. We do not need to throw up our hands over each specific issue, nor eliminate friendships from social networks because of political views. Yesterday it was Trumpism, today it is the position of the artists and what happened with the San Isidro Movement, and tomorrow it will be something else.

At this rate, we’re going to run out of friends, and as I see it, it’s likely even artists to enjoy. When an artist acts, there are those who decide in fits and starts whether to consume their art or not. Art, encapsulated, ceases to be art, and becomes simple consumer merchandise. We shouldn’t forget John Donne’s poem: “No man is an island of his own. Each man is a piece of the continent, a part of the whole.”

What was lived in front of the Ministry of Culture that night was a natural, peaceful, and frontal social movement and dialogue with institutions. On Calle 2, between 11 and 13, they applauded, they sung the national anthem, and evoked Teresita Fernandez, Frank Delgado, and Liuba María Hevia. Cell phone batteries, cigarettes, and water were shared, and probably even a little rum. When analyzing the geopolitical, we must never lose sight of the people.

From my perspective, this issue should be socialized, not politicized. The “besieged plaza” syndrome should no longer generate these consequences. It is time to create a new way of relating as a society and to face differences without always having to look for or make mortal enemies of each other. Cuban society and civic expression cannot continue to be the collateral damage of a war of opposites that surpasses and exceeds us.

The contrary path to dialogue is radicalization, it is extremism, it is confrontation. Our society needs to listen, accept its differences, and learn to live with itself. Our social fabric, after so many years of conflict, must begin to heal. I hope that the night in front of the Ministry of Culture can set us on that path.