Migration, Aging, and the Challenges of Being a Woman in Cuba 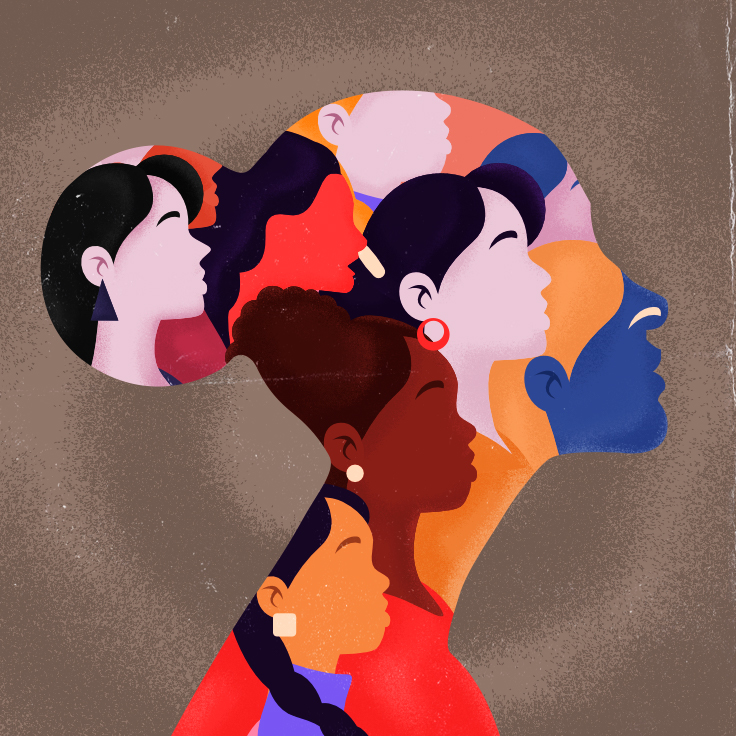 Cuba, a country with a rapidly aging demography, is experiencing a growing migratory wave, that started before the Covid-19 pandemic, due to its overlapping social, economic, and political crises. Most of those who emigrate form part of the country’s economically active sectors. Among their motivations for migrating is to help support their families on the island. Thus, the migratory wave has a large impact on family care, and specifically elderly care.

Within this context, the question arises: what country are we building in the midst of the so-called “tarea ordenamiento” monetary reform, with impacts akin to the Special Period in the 90’s where the country became dollarized, and essential items were only available if you had foreign currency?

What country are we building when our elderly live concerned about an uncertain and insecure future, where pensions are not enough to feed oneself with dignity, where finding goods is complex and exhausting, where there are enormous amounts of bureaucratic obstacles and a lack of access to new, digital technologies? What remains for young people whose margins of professional and personal growth are increasingly limited? This analysis aims to relate the reality of the elderly, the emigration of younger sectors of the population, and a care crisis that has been deepened by the pandemic.

Cuba has identified great challenges: the adult population over 60 years of age is increasing, while the working age population is decreasing. Cuba’s development strategy, outlined until 2030, includes a set of actions associated with care. At the same time, the reality is that social protection budgets have weakened, creating a deficit in care services in the face of population decline and the country’s economic restrictions. Meanwhile, the rate of adolescent mothers who interrupt their studies, postpone their workforce participation, and in some contexts, dedicate their lives to domestic and care work is on the rise (Alfonso, Lara, Romero, 2020, p58).

Other problems include the lack of economic resources for families to hire specialized personnel to care of their elderly. Examples range from caregivers, to alternatives such as religious nursing homes, state institutions such as the Belén Convent, resident homes for the elderly coordinated by the Office of the Historian of the City of Havana (OHC), and the Santovenia Home for the Elderly, among others, some of which have better conditions than others, but are not all equally accessible to the elderly. Another problem is financing care for elderly people who live alone and do not have family help and/or need permanent care.

Discrimination against the elderly in the public sphere can be seen through the treatment and/or mistreatment of those who live in state nursing homes, hospitals, the streets, and even public spaces in general. This could be due to a perceived widespread loss of values in today’s Cuban society, trailing from the 1990s after the fall of the Socialist Bloc. Disrespect and incivility among citizens, much of it due to economic deprivation, has led to greater waves of dissidence, crime, and opportunism. The latter is perceived much more in the treatment of the elderly or disabled, since their social activity is no longer perceived as useful, and thus unnecessary.

In contemporary societies, the idea of old age has been associated with hitting the brakes on development. However, many policies, insurance, or health institutions try to protect the elderly, seeing them as a sector of the population affected by health and social services, with their aim being to guarantee their dignity and well-being while promoting independence and autonomy. But the options made to include the elderly are often insufficient. It is necessary to discard this representation of old age as the conclusion of life without the rights or dignity that it deserves.

Though its aging demography is one of Cuba’s greatest challenges, as it poses important pressure due to the increase in pensions and the cost of health care, it also has an impact on population growth—as the workforce becomes a relatively scarce resource—as well as in the structure of social services (pcc, 2017, p. 2). To promote co-responsibility of care, it is not enough to change policies and laws; it is essential to also develop strategies that transform beliefs and prevailing social norms. This in turn implies building care systems in a broader sense, conceived as a public good with public responsibilities to cover in a more comprehensive manner (Alfonso, Lara, Romero, 2020).

On the other side of the coin are the young people, who direct their escape valve to entrepreneurship, or in many cases, leave the country.

Emigration constitutes an endogenous and endemic phenomenon in Cuban society, with deep historic roots in the political and economic order, which have deepened and expanded from the revolutionary process that triumphed in January 1959 (Aja, Rodríguez, Orosa, Albizu-Fields, 2017). According to contemporary research, migration in recent years has responded increasingly to temporary displacements and the need to join the labor market in the service, construction, and commerce sectors, the easier jobs where the youngest initiate and insert themselves in a capitalist economy.

Many young people fail to take up professions and or exercise other abilities in Cuba, motivated by a need for economic expansion and personal and professional fulfillment. Growing old or living in Cuba is difficult for those who want economic prosperity, comfortable living conditions, high quality health and public policies, access to basic necessities, or living a dignified old age.

However, many do not close the door on returning to Cuba due to emotional ties and possible economic projects. Some reinvest their resources, do business, and take advantage of the devaluation of the Cuban peso through product sales in foreign currency on the black market, taking advantage of market shortages and problems in the economic model that fail in producing goods and services needed by the population to meet its basic necessities.

Most of these returns are conjunctural, or temporary, since many young people return so as not to lose their Cuban citizenship and take advantage of the opportunity to preserve their property rights under the protection offered by new immigration legislation. Shortly after, they leave again and carry out a sort of circular migration (Rodríguez, Albizu-Campos and Alfonso de Armas, 2017).

Explanations for the phenomenon that is the demographic transition in Cuba focus on reduced fertility and mortality rates, and therefore, an accelerated aging of the population, paired with migration, another important factor in the demographic composition of the Cuban population.

The selectivity of migration, in which the young and adult strata of economically productive ages are preferred, is a major factor in accelerating the aging of the population. Although emigration in terms of size and structure has not yet been measured in its full magnitude, there is an evident rejuvenation and feminization to migration, which has an evident impact on declines in the fertility rate, the working age population, and in both familial and institutional caregivers—consistent with the fact that caregiving roles continue being the responsibility of women in Cuba and Latin America—and therefore a possible major crisis for public care systems and programs for the elderly (Acosta, 2021).

The pattern of economic activity within the population has drastically decreased due to the Cuban economic model’s inability to take advantage of human capital. It is also losing its capacity to replace the economically active sector of the population, observing that the most impactful reduction in the level of economic activity of the population occurs in ages 20 to 45 years old. In addition to this, the average active life of Cuban women decreases rapidly as they age (starting at 30 years old). A plausible reason has to do with their premature exit from the labor market to dedicate themselves to the care of others, notably elderly people, to the extent that they must compensate insufficient resources (Rodríguez, Albizu-Campos, and Alfonso de Armas, 2017).

According to Cuba’s development strategy, there exists a biased approach to care, since it falls predominantly on the women in a family and any assistance programs that help the elderly. The strategy is not designed to be collectively constructed, with a focus on gender, to guarantee a consensus on the objectives that must be met to achieve necessary, comprehensive, and coherent transformations. This is to ensure that care transcends the demographic transition, the market, and labor in order to change into a vision of prosperity and sustainability from a feminist perspective (Alfonso, Lara, Romero, 2020 p.40).

Informal female and family care are among the most common in Cuba, on many occasions because family members do not have access to formal institutions such as grandparents’ or nursing homes. Add on the problems that already exist in the health system and its care for the elderly, the former in a state of collapse due to a lack of infrastructure, human resources, materials, and even spiritual deficiencies or lack of vocation for care.

A growing migratory wave of young women in their productive and reproductive ages, together with the possibility of not returning, results in a significant burden on the care system. It may have a favorable impact on the Cuban economy since it suggests a series of remittances will begin to arrive in the country to pay for care services. But this platform of care and assistance for the adult population is insufficient.

Why do women want to emigrate more than men, and what disadvantages exist in a country like Cuba? Some may have given up on state employment, citing a lack of support and care services, distance from employment centers, dissatisfaction with working conditions and low salaries and wages. Women have fewer resources for non-state employment such as property, financial capital, and more. Women have higher morbidity than men, together with the fact that 36.4% of Cuban women over the age of 15 have household chores as their main activity, according to data from ONEI, 2012 (Alfonso, Junco, Romero , Echevarría and Provider, 2020). The data confirms that young people may be renouncing the models and gender stereotypes they see in generations of older women and caregivers and move to discontinue reproducing these roles. One of the ways to overcome it has been to emigrate, looking for other life alternatives.

It is twice as difficult for women to survive in this context if they want to grow old with dignity. The quality of life, human well-being, and the right to a decent life is questionable in a country that has no expectations of improving well-being, nor has it created the necessary conditions for healthy aging.

There will be continue being multiple challenges. Who will take care of our elderly? Who will stay and who will go? How will women face, in a country with such a demographic situation, this dysfunctional economic system? What about us? These are all dichotomies in a country in permanent crisis.

Jennifer Portelles Toledo is a sociologist with experience in family care and social policies on aging in Cuba. She has developed themes about cultural consumption, local development, and others related to the concepts of well-being and good living from the ethics of permaculture. She specializes in marketing, digital culture, and developing audiovisual content.

llustration by Maikel Martínez Pupo. You can find him @MaikelStudio @maikelmartinezpupo.

Albizu-Campos Expidiera, J.C. (2020). A look at the economically active population. News in the Population, Cuba.