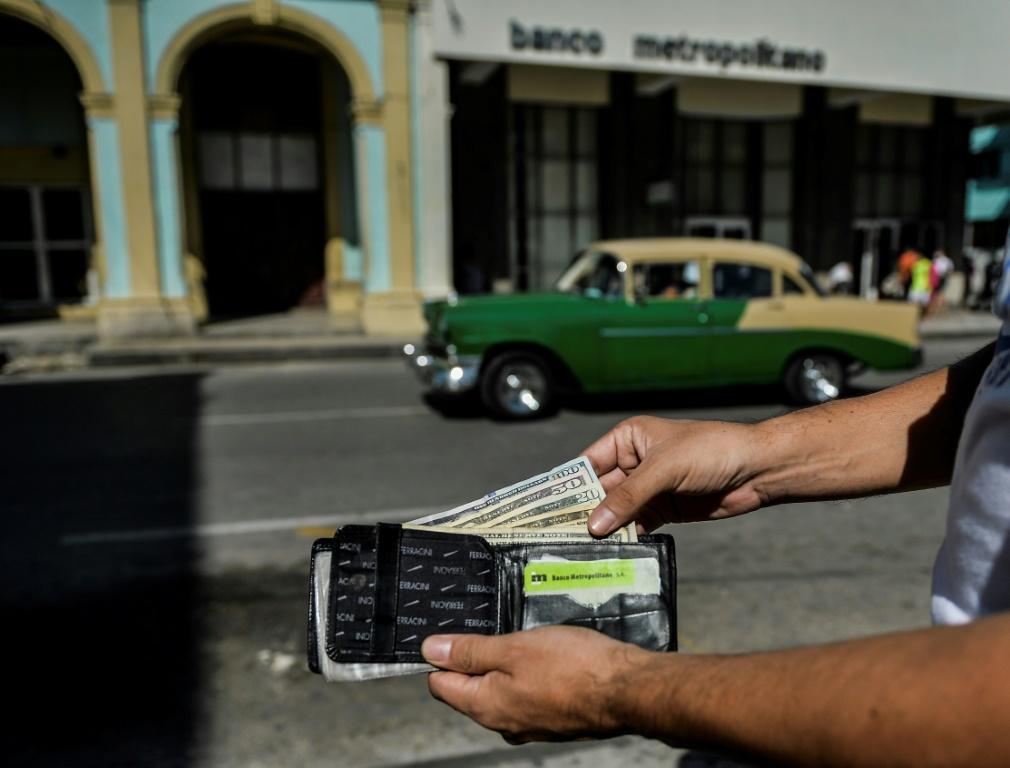 Cuban Americans have long relied on U.S. rules authorizing family remittances to provide support to their relatives in Cuba. While the need for such support during the ongoing global pandemic and economic crisis in Cuba has never been greater, new sanctions imposed during the final weeks of the Trump presidency resulted in the de facto closure of nearly all formal U.S. remittance channels to Cuba.

To justify those moves, the Trump Administration’s public comments focused on the involvement in remittance-related payments processing of two Cuban remittance companies and several other Cuban financial institutions that it alleged fall under the control of Cuba’s armed forces. That determination, it concluded, warranted the inclusion of those Cuban entities on a U.S. State Department list that restricts American businesses from transacting business with certain Cuban government aligned-companies (“Cuba Restricted List—CRL”). As a result, the largest U.S. provider of remittance services, Western Union, announced in November 2020 that it was suspending money transfers to Cuba. Several smaller providers subsequently followed suit.

In fact, recent such public comments and media reports suggesting that the Cuban government takes up to 20 percent of all in-bound remittances are exaggerated and outdated. While such fees historically totaled up to 10 percent of the total remittance amount, by October 2020 those fees had dropped to less than 5 percent of the average remittance transfer of roughly $250.

This FAQ-style explainer attempts to provide U.S. policy makers and other stakeholders with accurate, credible information about how remittance processing to Cuba actually works so that policy adjustments can be made, if necessary, to support the Cuban people.

What is the current “state of play” of U.S. remittances to Cuba?

U.S. law currently authorizes persons subject to U.S. jurisdiction to make remittances to nationals of Cuba who are close relatives of the remitter, provided that the remitter’s total family remittances to any one Cuban national do not exceed $1,000 in any consecutive three-month period. Americans are also authorized to make remittances to certain individuals and independent non-governmental organizations in Cuba that encourage the development and operation of private businesses in Cuba and to certain civil society groups and individuals, including pro-democracy groups and civil society groups. Recipients cannot be a prohibited official of the Government of Cuba or a prohibited member of the Cuban Communist Party.

U.S. law also authorizes U.S. companies to provide services in connection with the sending of authorized remittances to Cuba.

However, despite these authorizations, longstanding formal remittance channels are effectively closed.

If Americans can send remittances to Cuba and U.S. companies can provide remittance forwarding services, why are remittance channels closed?

Notwithstanding rules that authorize Americans to send certain remittances to Cuba and allow U.S. companies to provide remittance processing services, in 2020 the Trump Administration added several Cuban remittance processing companies to the Cuba Restricted List and, effective November 26, 2020, barred American companies from doing business with those companies. So, while U.S. remittance forwarders are still technically authorized to send money transfers, there is at present no authorized Cuban counterpart to receive and payout those transfers to Cuban recipients.

How much money are we talking about?

Precise figures are not publicly available, but annual cash remittance flows from the United States to Cuba prior to Trump-era sanctions were estimated at roughly $3 billion per year.

Is this a new problem, or have things always been like this?

The problem is new.

While past administrations have enacted changes to Cuba remittance policies that align with their particular policy preferences, formal remittance channels have operated nearly continuously since the 1990’s.

Why did the Trump Administration add Cuban remittance companies to the Cuba Restricted List?

The Cuba Restricted List was created 2017 as a way to restrict American travelers and U.S. companies engaged in otherwise lawful travel or business activity in Cuba from transacting with specific entities and subentities that the State Department deems are under the control of, or acting for or on behalf of, the Cuban military, intelligence, or security services and with which the State Department believes financial transactions would disproportionately benefit such services at the expense of the Cuban people or private enterprise in Cuba.

The addition of Cuban remittance processing companies to the Cuba Restricted List in 2020 suggests the Trump Administration determined that those entities are under the control of the Cuban military and that any fees or commissions charged by those companies in connection with remittance processing would disproportionately benefit the Cuban military at the expense of the Cuban people or private enterprise in Cuba.

So, the Trump Administration shut down remittances to the Cuban people over concerns about fees and commissions charged by Cuban companies in connection with remittances?

The Trump Administration contended that its goal was not to “shut down” remittances to Cuba, but, rather, was to remove companies with alleged ties to the Cuban military from any involvement in remittance processing. However, the end result has been a de facto shutdown of formal remittances.

Is there really no way for Cuban Americans to send money to their families in Cuba?

Formal remittance channels are effectively closed, although some smaller remittance providers seem to offer some limited services. Anecdotal reports indicate that many Americans who need to send money to relatives in Cuba are resorting to informal couriers (so-called mulas—mules), who charge fees to physically shuttle currency to Cuba as accompanying baggage. Such services are reportedly very expensive and have been heavily impacted by the drop off in air travel due to the pandemic. There are also reports of Americans attempting to use cash transfer companies or informal providers abroad, and even cryptocurrency, to send remittances.

Why doesn’t Cuba designate another company that is not on the Cuba Restricted List to process remittances?

Officially, the Cuban government does not recognize the Cuba Restricted List as a legitimate tool of U.S. foreign policy and resents U.S. attempts to dictate which Cuban firms are valid counterparts for U.S. companies engaged in otherwise lawful business activity in Cuba.

That said, recent economic reforms in Cuba are changing the landscape for consumer banking and remittances on the island. In 2020, Cuban citizens were for the first time allowed to open foreign currency-denominated bank accounts (so-called moneda libremente convertible [“MLC Accounts”])at Cuban consumer banks—including U.S. dollar accounts—and to receive cash transfers from abroad into those accounts. In November 2020, Cuba also authorized U.S. remittance providers to transfer remittances through Cuban bank Banco Financiero Internacional (“BFI”) and to transfer bulk remittance payments for further forwarding through domestic inter-bank transfers to remittance recipients’ MLC Accounts. For a short while, this novel structure functioned as a new formal channel for remittances and did not involve any Cuba Restricted List entity. Then, in January 2021, the State Department added BFI to the Cuba Restricted List.

Anecdotal reports also indicate that Cuba is wary of designating another bank or remittance processing company that is not on the Cuba Restricted List over fears that any newly designated counterpart will also be added to the list.

Is it true that the Cuban government takes a 20 percent cut of all remittances sent to its people?

Recent public comments and media reports suggesting that the Cuban government takes up to 20 percent of all in-bound remittances are exaggerated, misleading, and outdated.

In years past, U.S. remittance flows to Cuba were subject to various fees. For instance, the Cuban Central Bank imposed foreign exchange surcharges on the conversion of U.S. dollars into local currency. These fees were on top of commissions charged to U.S. remittance forwarding companies by Cuban remittance processing companies. According to U.S. remittance industry sources, total fees imposed by Cuba on an average family remittance transfer of $250.00 amounted historically to roughly eight percent of the total transfer value and were charged to the remitter, not the recipient, of a transfer.

However, in 2020, Cuba eliminated all surcharges on U.S. dollar-denominated exchanges and the fees imposed for domestic inter-bank transfers are lower than the fees formerly charged by Cuban remittance processing companies. U.S. remittance industry sources suggest total fees imposed by Cuba on an average transfer of $250.00 are now less than five percent.

The Biden Administration is currently conducting a Cuba policy review. It is reasonable to expect that they may reconsider whether these lower fees on inbound remittances disproportionately benefit Cuban government entities at the expense of the Cuban people (the threshold for inclusion of an entity on the Cuba Restricted List)—particularly when taking into account that the need for support from family abroad is so high.

Doesn’t the Cuban government end up sucking up money from remittances because they control the stores where Cuban remittance recipients shop for basic necessities?

While there have been some reforms to allow private sector activity in recent years, Cuba’s economy is still predominantly controlled by the state, which controls the distribution of most food, medicines and other basic necessities. It is inevitable that many recipients of remittances from the United States will spend all or part of those funds in Cuban government-controlled stores. However, it is also likely that many Cuban consumers will choose to spend some of their remittance funds at private sector establishments, such as restaurants, farmer’s markets, hair salons, and for transportation needs, such as private taxis.

The Biden Administration will need to determine whether the knowledge that some U.S. remittances will be spent in Cuban government-controlled establishments is reason enough to continue to deny Cuban Americans the ability to support their relatives in Cuba.

If I send money to a relative in Cuba, can they withdraw those funds in cash?

It depends. (And, it’s confusing.)

Cuban monetary policy and consumer banking rules have changed dramatically in the past year. Cuba’s convoluted dual-currency system, characterized by two distinct legal tender currencies circulating simultaneously within the domestic economy (the Cuban Convertible Peso [CUC], pegged 1:1 to the U.S. dollar and widely used in the tourism economy, as well as for purchases of imported goods at specialized state-controlled retail stores; and the Cuban Peso [CUP] pegged at a 24:1 conversion rate with the CUC [24 CUP = 1 CUC]) ended in 2020. The only legal tender currency in Cuba today is the CUP, which is now pegged to the U.S. dollar at a rate of 24:1.

Officially, Cubans who receive remittances in dollars to their MLC Accounts are allowed to make purchases using those funds through their debit cards at state-controlled stores that sell imported goods at prices denominated in U.S. dollars. Remittance recipients are also allowed to withdraw their funds in cash in Cuban pesos (CUP) at the official exchange rate ($1 = 24 CUP). While there does not appear to be any legal prohibition on the withdraw of cash dollars from U.S. dollar-denominated MLC Accounts, anecdotal reports indicate that an extreme scarcity of physical U.S. bank notes—due, in part, to COVID-19 travel restrictions—has complicated cash dollar withdraws.

To add to the confusion, an unprecedented scarcity of U.S. dollars and other foreign currencies in Cuba as a result of the pandemic-induced collapse of international travel (among other things) has led to the emergence of a parallel market for U.S. dollars in Cuba, where informal exchange rates reportedly fluctuate in the range of $1 = 50–60 CUP (nearly double the  $1 = 24 CUP official rate). The Cuban government has also imposed recent restrictions on the deposit of cash U.S. dollars into MLC accounts. In this sense, Cuba faces some of the same macroeconomic monetary policy challenges that have confronted other countries that have imposed exchange rate controls. It is unclear at this time how the Cuban government will respond.

Can the Biden Administration restart remittances to Cuba through executive action, or does congress need to act?

President Biden can enact policies to reopen formal remittance channels to Cuba through executive action. Congressional action is not required.

Matthew D. Aho, is a Senior Policy Consultant on Cuba for Akerman LLP and a Member of the Cuba Study Group. Email: matthew.aho@akerman.com.