Reforms in Cuba: Will the Third Time be the Charm? 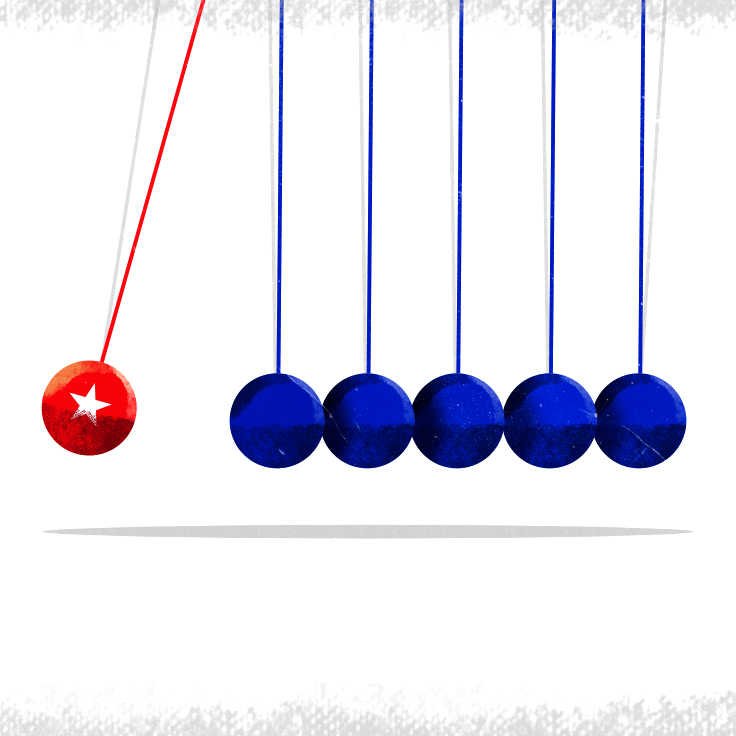 On July 16th, 2020, Cuban authorities announced a New Economic Strategy planned for the next few years, initiating a new period of reforms promoted by the Cuban government. Taking this into consideration, it is worthwhile to establish a general guide explaining the reform periods that have occurred—including the counter-reforms that preceded them—during the last 30 years in our nation, beginning with the Cuban crisis post-1991. Understanding these reform processes can serve as a tool to better explain where, presumably, the country is headed.

Using the Cuban crisis post-1991 as a reference, three main periods of transformation can be identified:

Let’s look at three important markers to understand more deeply the magnitude of the Raulista period: (i) the transfer of presidential responsibilities from 2006-2008 after Fidel Castro’s illness and inability to continue exercising power, (ii) his election in 2008 to President of the Council of State and Ministers, and (iii) his subsequent confirmation as the First Secretary of the Cuban Communist Party (PCC) in 2011. From 2006-2011, Cuba experienced its first official transfer of political power since 1976. Each appointment brought important consequences that merit a deeper analysis beyond the one in this article.

Raul Castro’s succession to the highest offices of the country occurred in three instances over a five-year period. Notably, he met several essential conditions: he was a protagonist of the seizure of power in ’59; he held high positions in his subsequent political life; and since 1976, he had been confirmed as first deputy minister, minister of the FAR, and as the second secretary of the PCC. Taking this into account, it could be safely assumed he would be chosen to substitute for Fidel Castro. This allowed him to start implementing certain socio-economic transformations even before he was confirmed as the First Secretary of the Party, a role that, in all of its political-structural affects, holds true maximum authority in Cuba as outlined by both the 1976 and 2019 Constitutions.

Within the Raulista period we can clearly identify two different phases:

This second phase will depend on any derivations Díaz Canel may establish from the reforms in his position as President of the Republic and First Secretary of the Party. However, considering that the roadmap for the socio-economic transformations planned to this date has been debated, agreed upon, announced, and published under the mandate and direction of Raul Castro, he will also be responsible for carrying that forward. It is not in vain that Díaz Canel has made the axiom “We are Continuity” noticeably clear since he took office.

According to the criteria put forth by Aurelio Alonso and Juan Valdés Paz, this period of structural modifications began in 1989, just before what is considered the main—though not singular—cause of the Cuban crisis post-1991: the collapse of the Soviet Union.

These changes meant the first incursion of Cuba’s socio-economic system into the market economy and brought with them social definitions that still persist in our current society.

According to Alonso’s typology, broadly speaking, the main changes during that period were:

This period is complex to analyze because authorities not only make “decisions by action” but also paralysis itself carries “decisions by omission”—in other words, they are preceded by the absence of measures that continue the reform process. In this sense, we can identify these counter-reforms by following the analysis of Mesa-Lago and considering 2002 as the moment it became evident that Cuba had entered a period of reformist setback.

The counter-reforms meant a strengthening of the economy’s centralized regulation policies (or recentralization) and a decline in the role of the market. This way, the market was discarded as an economic mechanism for generation and regulation—even with direct and indirect control—and there was a return to policies that sacrificed efficiency and maintenance of macroeconomic balances, as a starting off point for economic growth.

The main elements of the counter-reforms during the Fidelista period were:

In 2009, Aurelio Alonso summarized this period by saying:

“the Constitutional Reform of 1992 protects levels of transformations that have not been implemented. It is not about transitioning from one system to another preestablished one, but about channeling the critical load and the potential for social innovation that is being continuously generated for the benefit of a democratic construction that will be insufficient as long as it remains subject to a centralized verticalism.”

The intentions, successes, and failures of the reforms during the Raulista period can be summarized in one phrase: The Guidelines of Economic and Social Policy approved in 2011 (known as los Lineamientos).

Fundamentally, the main axes of transformation during this period include changes in agriculture, foreign investment, and the opening of the private sector:

The creation of a wholesale market destined for non-agricultural cooperatives in Havana, with the intention of expanding it to other regions of the county within reason.

Rafael Rojas indicates that: “the most accredited economists on the island and in the diaspora considered the so called ‘guidelines’ insufficient, though admittedly they served as a jumping off point for a non-state sector that could facilitate a transition to a socialist market. Beginning with the seventh congress, and after Obama’s popular visit, there have been indications of counter-reform. We see a reaffirmation of the hegemony of the state in economic policy, international relations, ideology, and culture, which also reflects an increase in control of the public sphere, alternative electronic networks, the repression of civil society and opposition, and a hardening of official rhetoric.”

To gain a better grasp of the situation, it is important to bear in mind that, as the economist Ricardo Torres points out, a regulation was announced in December 2018 that severely limited opportunities within the private sector. Just a few days before its implementation, this regulation was corrected by Díaz Canel himself, who said:

“There is no reason to believe that the corrections are setbacks, nor can we confuse them as weaknesses when listening to public opinion. Revolution is to change everything that must be changed. None of us can do as much alone as all of us can together.”

In a deeper analysis, this moment could be considered an inflection point during this period of counter-reform, in addition to serving as an indicator that we were nearing a new period of reforms.

The Raulista period reforms of indirect implementation and collective responsibility (2020-?)

The problems that have dragged on unsolved from the beginning of the post-1991 Cuba, in addition to those that were added as consequences of both previous imperfect and unfinished reform processes, have been aggravated by two international elements with relevant impact on today’s national reality:

These factors have shown that, once again, the need to carry out new reforms is evident, and above all, unavoidable. This new reformist wave has received mixed reactions. Some call it gatopardismo, because it supposedly wants to change everything, but in the end will change nothing. Others see it with hope, focusing on its potential and what it could mean in the medium term. Others argue it is deceptive and foolish, citing the two previous unsuccessful attempts at reform to back their argument. In any of these cases, it is undeniable that the modifications to be made in our country during the coming months and years will once again affect the way our citizens relate to themselves, and mainly, to the Cuban state.

Perhaps with this same knowledge, both the President Miguel Díaz Canel and the Deputy Prime Minister and Minister of the Economy Alejandro Gill mentioned the following in their speeches on July 16th, 2020:

In the near future we will be able to verify whether or not everything announced by Cuban authorities has finally come to pass, in what sense it is carried out, and if at least some of the socio-economic problems embedded in our society can actually be resolved. Only time will tell if the age old “the third time’s the charm” holds true.

Aldo Alvarez is an attorney and Young Professional member of the Cuba Study Group. He lives in Havana, Cuba.