Rendezvous in Havana: in Quest of a Transnational Nation-State? 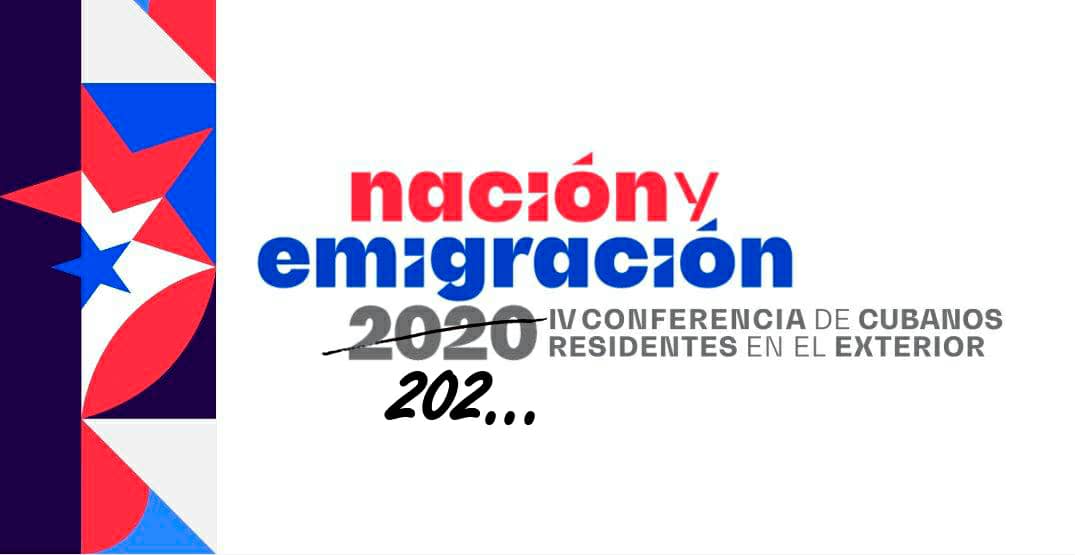 In April of this year, the latest in long cycle of sporadic meetings between Cuban emigrants and Island officials should have taken place in Havana. COVID-19 made this impossible, but many of us assume that the meeting will not take long to materialize once that the pandemic is controlled. In addition, some of us presume that the severity of the crisis could breathe greater substance to the outcomes of the meeting.

Cuba is facing growing economic difficulties and a progressive deterioration of its social welfare. This won’t be reversible without the active and equal participation of all Cubans. Given these circumstances, all forums should procure an comprehensive projection of Cuba: that is to say, with all and in favor of all Cubans.

It is difficult to discern whether the government understands the urgency of this universal and integral approach. But it is obvious that it at least understands the need of having a greater integration of formerly relegated Cubans who can contribute to the nation’s stability, mainly in its economy. Nevertheless, it would demand a broader process, able to gradually institutionalize without hesitation the immigration status of these Cubans. Otherwise, what could constitute a “migration” will be transformed into a new form of exile.

An immigrant is a person who relocates permanently to a foreign country, but retains all formal and material rights in his country of origin, including political ones. At the same time, emigration can be due to family, economic and even political causes, among others. Now then, the motivating reason that compels a person to change his or her residence to a foreign country is the one qualification for the relocation and does not always coincide with the immediate motivation that the person might have perceived.

If someone decides to leave his country to reunite with family members who, in turn, also left before because, like him, they found it difficult to build a life under current conditions, then the real cause is not family reunification, but rather issues preventing proper living standards. Nor would we find the real cause of economic underperformance if the motivation were due to a lack of material resources; the cause is in the hurdles preventing a proper economic growth.  In both cases, it is crystal clear that the main reason lays in the failure to guarantee living conditions. Thus, the cause is political in nature.

On the other hand, if the migrant, no matter what type he is (family, economic, political or other), is deprived of his rights in his native country, he ceases to be a citizen of the latter, although he continues to be a native of the same, which makes him an exile. Exile implies banishment; either by an official resolution declaring someone exempt from rights in his country of origin and forcing him to leave; or because when a person leaves his country, he officially loses his formal and / or material rights. And a refugee can only be one who was forced to leave his country because of a threat of real and direct danger.

It would possible to understand that our diaspora may be considered as emigration and not as exile, but only if the universe of family, cultural, economic and political relations among Cubans is guaranteed, regardless of where they live. The economic issue is only one of them, although very important. Furthermore, it would not be possible for the emigrant to fully commit to the establishment of an economy, without guaranteeing that, with it, he will gain access to his individual, social and political desires in Cuba. For this reason, it would also be essential for emigrants to regain the right to participate in the political life of the Island.,

Thus, the next meeting in the Cuban capital would be the appropriate event to formalize such a commitment, place it in the public sphere, and begin efforts to legitimize it. It would be a positive move worthy of support.

However, the solution to all this must be part of a more comprehensive approach. Now that private enterprise will be allowed, it would not be possible to argue that ownership rights to companies on the Island extended to Cuban emigrants of should not also be granted to Cubans living in the island.  Nor without the possibility for Cubans – whether living on the island or abroad – to take part in a genuinely associative social fabric without been compelled to join civic organizations tied to the Cuban Communist Party, when they don’t share said ideology. Equally, it would be necessary for emigrants to exercise the right to vote in Cuba, but this would also require that any Cuban citizen to run for all elected positions (not only as municipal delegates).

But the epicenter of these challenges is in the need of an accommodating attitude toward Cubans with different ideas and criteria, regardless of whether they sympathize with the official stance, whether residing on the Island or abroad. This poses a dissonant challenge to certain elements of the dominant ideology, and thus it would be unrealistic to expect meeting organizers to have ironed out solutions to all of these things.  But at the same time, it would be improper to hold an event of this nature that doesn’t at least consider a universe of solutions.

Additionally, we can expect the meeting will be burdened with long-standing and politically unsustainable administrative bottlenecks, which the bureaucracy has so far been unable to remove. These include excessive consular fees for Cuban emigrants, the ability remain outside of Cuba for more than two years without losing permanent residence and property on the Island, and the need to streamline the process of repatriation for Cuban emigrants. Hopefully, authentic solutions for these hurdles will be announced before the meeting is scheduled, so as to maximize the time to discuss other matters.

Finally, it will be beneficial for the event to be organized based on a democratic methodology that guarantees a representation of transnational Cuban society. Also, maybe as any other of these meetings, this has the imperative of achieving appropriately free deliberations channeled around a plural drafted Likewise, it would be best for the event to be organized with a democratic methodology that ensures representation of transnational Cuban society. Perhaps unlike any of these meetings in the past, this one has the imperative to achieve adequately free deliberations, channeled through an agenda that is elaborated in a plural way.

Roberto Veiga González is the co-director of the Cuba Posible Ideas Laboratory (2014-) and a member of the Inter-American Dialogue (2015-). He was a founding editor of the Catholic magazine Espacio Laical (2005-2014).