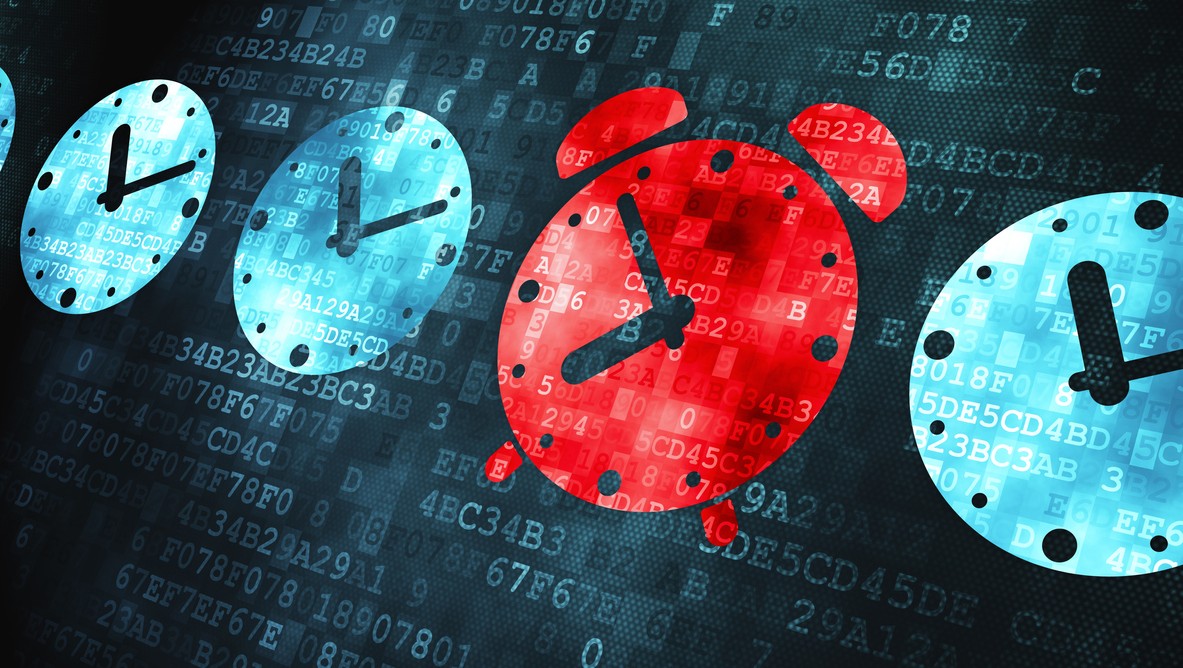 We await the necessary modifications for the Cuban non-state sector to be adequately promoted as a destination for foreign direct investment.

After long years of waiting, countless analyses by economists, lawyers, and specialists from different sectors, and the continued push for action by the emerging entrepreneurial sector, the regulations on micro-, small- and medium-sized enterprises (MSMEs) have finally been approved and published in Cuba.

This means that for the first time in decades, Cuban natural persons can establish a company—micro-, small- or medium-sized—using a legal form that provides independent legal personality: the limited liability company.

The fact that the Cuban authorities have finally fulfilled, albeit with considerable delay, one of the most anticipated Guidelines (“Lineamientos”) from their socioeconomic agenda of the last two political cycles (2011–2016 and 2016–2021) is, without a doubt, excellent news.

This regulatory framework creates new possibilities that we need to be able to understand as these new economic actors structure themselves, develop, interact, integrate, and compete amongst themselves.

Based solely on the regulations adopted to date, we will try to focus our analysis on how this new tool for MSMEs could generate new opportunities for foreign direct investment (FDI) in Cuba, and on how the non-state sector could become a driving force in this area that is so important for the economies of developing countries, as is the attraction of foreign investment.

Although we appreciate how significant this regulation could be for the development of Cuba’s productive forces, in our opinion this new regulatory package has not been conceived taking into account the potential that this sector has to attract FDI to the country. The fact that the regulations fail to take advantage of this can still be corrected, even in the short term.

In a previous article we wrote that “Taking that into account—and except for express regulation to the contrary that would not be in keeping with the current spirit and political will—MSMEs should be considered as domestic investors and should be able to tap foreign investment in the same way as other actors in the Cuban economy.”[2]

The current regulations do not a totally prohibit MSMEs from receiving FDI, but they throw up substantial roadblocks, which we explore below, that need to be resolved by subsequent regulatory action.

Article 48 establishes that: “Partners of privately owned MSMEs must be natural persons permanently residing in Cuba, over 18 years of age.”

In other words, it means that the following people cannot be partners of Cuban privately owned companies:

Article 48 forecloses private MSMEs from aspiring, in the most direct way possible, to one of the classic and most common forms adopted by FDI—the acquisition by a foreign investor of participation interests (in the case of LLCs) or stock (in the case of corporations) in national companies.

We are unaware of any reason based on the theory of Commercial and Corporate Law that supports this decision. Therefore, we understand that the reasons must be more administrative than academic.

Joint Ventures in the Foreign Investment Regime: a Possible Solution [3]

Using a type of joint-venture, together with International Economic Association Contracts, the state sector, in the capacity of the domestic investor, has been able to attract FDI to Cuba for many years from foreign investors, with both successes and shortcomings.[4]

Article 48 specifically prohibits private MSMEs[5] to be created as joint ventures or any other similar modality. However, the foreign investment regulations do allow private MSMEs to be considered domestic investors, since they have legal personality and domicile in Cuban territory. This means that private MSMEs would still have the option to submit an application to the Ministry of Foreign Investment and Foreign Trade (MINCEX) for approval to receive foreign investment. The objective of this request would be to create an independent legal entity—a joint venture with independent legal existence—between domestic (private MSMEs) and foreign investors.

The possibility exists.  But the processes provided for in the foreign investment regulations were created to suit the state sector and its methods for negotiating very large transactions.  Undoubtedly, it will be very difficult for a private MSME to request and obtain approval under the current regulatory framework for FDI.

In this case, Cuban private MSMEs could, in theory, also aspire to submit an application to MINCEX for approval of an IEAC. But, again, without a specific procedure for private MSMEs, the following could be triggered: “MINCEX will face many challenges, such as responding to the need for faster and less complex approval processes for a private sector that is much more dynamic than the state sector, and which tends to establish many smaller operations instead of fewer large operations.”

This means that facing an onerous administrative procedure (developed without these types of private entities in mind), along with predictable extensive delays, just for the chance of obtaining approval to accept any amount of foreign capital, the interested parties could well choose other more practical and efficient informal solutions.

Cuba’s economic reality in recent decades confirms that, as is the case in the rest of the world, when regulations are incapable of providing an adequate response to the needs of the market, distortions are generated with unexpected effects.

The underground economy, the black market, tax evasion, and underreporting of taxes are only some of the main issues.

In our opinion, the current scenario could spark a new ecosystem of informal agreements among partners, as has already happened in the self-employed sector in the past and for similar reasons.

This would also mean an uptick in shell companies, anonymous partners, and front men. All these phantom entities and situations are unnecessary and could well be channeled by law through formal mechanisms, by the Mercantile Registry itself or by the tax authorities, as is done in other jurisdictions.

Our recommendation is that this be done as soon as possible.

Naturally, Cuban private MSMEs will continue to find ways to generate financing and partnerships with foreign investors. This will happen mainly with Cuban emigrants, the natural partners for these ventures, emulating Chinese, Indian, Vietnamese and other similar experiences.

Despite Article 48 and whatever regulations are issued that allow more effective processes at MINCEX so that MSMEs can establish joint ventures and IEACs, and if it is acknowledged that these new entities can be an effective source to attract FDI, there are several legal tools that may be considered by MSMEs that do not wish to foreclose receiving legal flows from abroad.

One solution (not the only one) could be what is known in the world of startups and MSMEs as a “profit participation loan”:

Hence the “participative” aspect of this type of loan: the lender, through this variable interest loan to the borrower, “participates” in the business’s performance and evolution.

However, in many cases one of the most attractive aspects for investors, and for startups themselves, is the possible convertibility of the loan, that is, the ability to convert the debt into equity capital, making the investor/lender into a partner of the company.  Moreover, converting the debt into equity eliminates, and therefore improves, the debt from the balance sheet of the MSME. In the Cuban case, at least for the moment, the inherent characteristic of convertibility of these types of loans would be null by virtue of Article 48.

This solution is not ideal.  Neither are the other legal formulas that we have identified and that could be applied to the various cases in which MSMEs and foreign investors wish to engage in an economic arrangement under current conditions.  Nonetheless, given the current regulations, these participating loans seem a better alternative, providing parties more legal security than would totally informal private transactions.

The importance of promoting FDI for Cuban economic development has been recognized by the authorities on various occasions.

In 2019, for example, President Miguel Díaz-Canel “reiterated […] that foreign investment constitutes an essential part of the country’s development strategy […] ratified that Cuba needs this modality, since it constitutes a source of capital, technology and vital knowledge to guarantee the nation’s progress.” [7]

For his part, in 2021 Prime Minister Manuel Marrero Cruz spoke of “a more competitive planet, where the competition between countries to place their products on the international market and attract foreign investment will be made without hesitation […] . Waiting is not the solution.” [8]

In our opinion, if the aim is to fully and completely integrate non-state economic actors into the Cuban economy, promoting FDI must be understood as a vital element of that ecosystem.

Likewise, we recognize the Cuban authorities’ commitment to integrating Cubans living abroad into the country’s socio-economic fabric. How to meet that goal is one of the nation’s greatest current challenges. The Ministry of Foreign Relations [9] supports this new regulation as a “new opportunity to promote investment by residents abroad.”

Without a doubt, MSMEs could be one of the most important elements for this integration.

In these circumstances, although we welcome the approval and publication of the new regulations authorizing MSMEs, they fall short by preventing them from being a significant attractor of FDI.

The Cuban economy is at a critical juncture. The wriggle room for decision-making is extremely limited. Therefore, we believe that the issues described in this article must be urgently considered.

Our recommendation is the implementation as soon as possible of the necessary modifications, complementary and integrating regulations so that, in a practical and effective way, the non-state sector can be adequately empowered as a receptor of FDI.

There is no reason why this should not be the case.

Aldo Álvarez is a Havana-based attorney and analyst who provides U.S. and other transnational companies with legal advice, business intelligence, and Cuba market entry planning. Mr. Álvarez works with U.S. law firms to guide their clients through the Cuban market’s unique legal and bureaucratic challenges in the following industries: travel, online platforms, consumer goods, financial services, shipping and logistics, as well as organizers of live events (Major Lazer – 2016) and sports leagues, among others. He has also advises individuals on estate matters and the procurement of official documents in Cuba.

Mr. Álvarez is a graduate of the University of Havana’s school of law and holds a master’s degree in corporate law from Carlos III University of Madrid. Following completion of his master’s degree, Mr. Álvarez practiced law for six years in Madrid, Spain at the law firm of Interjuris. In addition to his office in Havana, he maintains a presence in Madrid through his company, Mercatoria S.L. Mr. Álvarez is proficient in English.

[4] We do not consider the totally foreign capital company as defined in Article 2.g) of Law 118/2014 itself. Although it is a formula to promote FDI, it is not carried out through agreements with national actors, but through ministerial authorization.

[5] In relation to state or mixed MSMEs, we consider that the way the text of Articles 48.2 and 48.3 is drafted, a prior consultation with the Ministry of Economy and Planning would be required to better understand the possibilities.