The Path to the VIII Party Congress: Cuban Politics Between the New Government and Contemporary Society 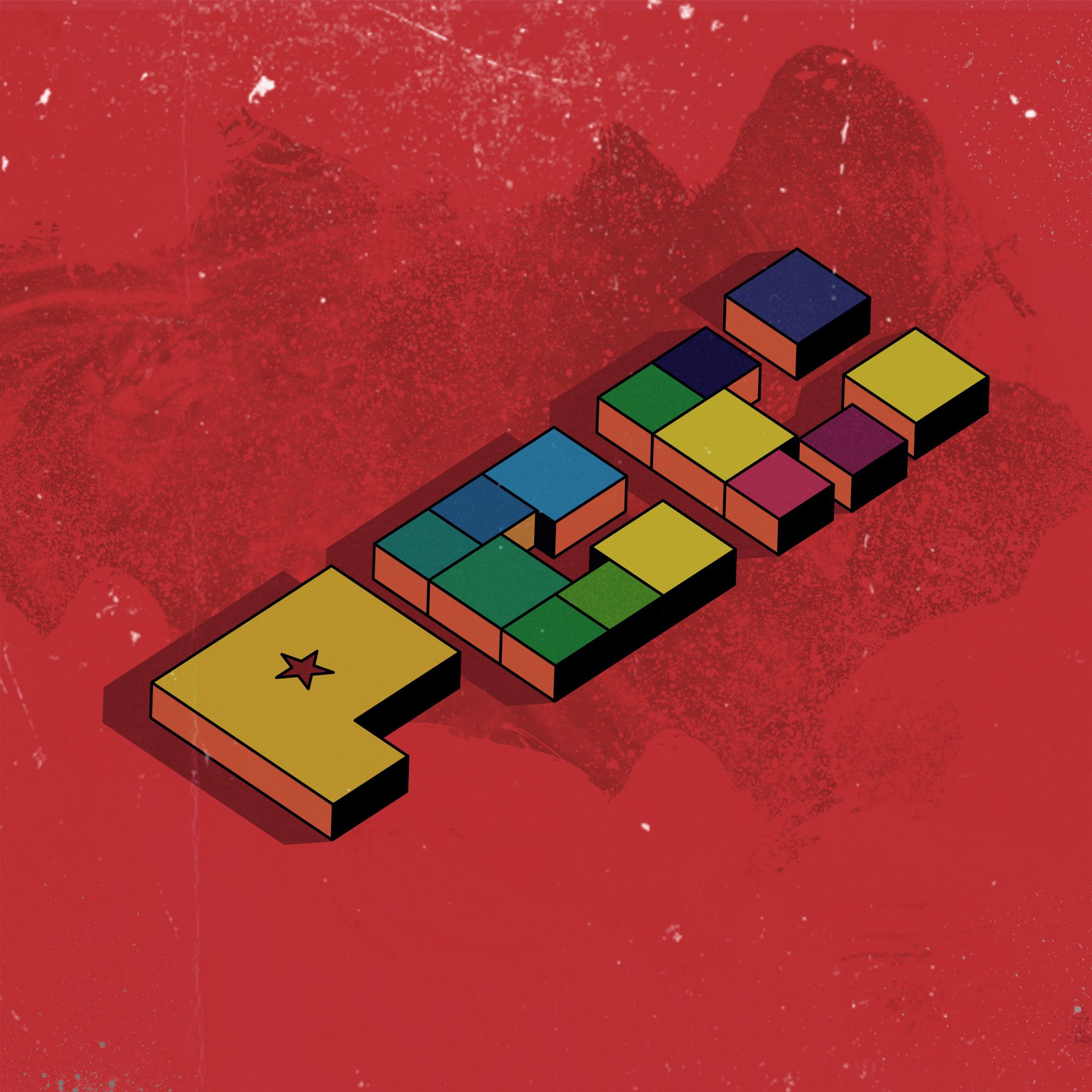 I begin by making some general observations:

Understanding the transition in which Cuba finds itself today, the political process that characterizes it during this moment, the ongoing debate about current policies and their scope, and the path that will open as of April is anything but obvious to the naked eye, nor can it be reduced to a set of theses or a true or false quiz.

I am referring to the domestic debate, concentrating on the disagreement, among experts, not because it is the only one or the loudest, but because this debate implies a space to express different views like never before. The noisy debate mainly comes from the media, both State and opposition, which in the end are similar due to their tendency to confuse the mission of reporting by analyzing through ideological loyalties that does little to capture the nature of the political process. Noisy, too, is the avalanche of “fast and furious” opinions on the internet, which has not improved this confusing panorama, but rather further polarized the ideological climate and blurred real politics and its meaning.

Even though the diversity of perspectives among experts is not always ideological, it does include approaches with different political implications. This corresponds to what is produced at research centers and universities, academic and cultural publications and events, as well as sometimes controversial information covered by provincial press (Cienfuegos, Ciego de Ávila), and the work of think tanks and institutions such as the Institute for Economic Research (INIE), the National Office of Statistics and Information (ONEI), etc., that are filtered through networks and email groups and shared more informally.

This spectrum of perspectives and nuances is manifested even without departing from what could be identified as the framework of a reformed socialism. Reducing the wealth of this panorama to a handful of authors (two or three from “inside,” and a few others from “outside”), almost always economists and usually the same ones, is limiting and exhausting if one tries to understand the complexity of the ongoing political process through it.

A final, introductory observation is that these comments may not match many of the commonsense interpretations and ideas that are often repeated. I interpret politics like a puzzle with visible pieces that allow an image to be discerned. Even if in many cases I do not agree, I do not spend time explaining how I would have designed it, but rather trying to explain its real causes and effects. I am guided by data, facts, regulations, and other elements that, although public, are not often considered, especially from the outside, and sometimes even from the inside. I am also guided by examining national and international situations, including public opinion which has become a constant source of pressure today.

The policies, how they work, and the current context

The path of Cuban politics cannot be analyzed or anticipated without focusing on the current interaction between how it’s applied and its effects on the society that experiences and reacts to it. This action-reaction is more decisive when explaining and predicting it than the tension between different ideological views. Although there are more than two ideological currents that affect the present and the probable future, these are more relevant in sectors such as the media, education and culture, the treatment of émigrés, and, sometimes, security. However, those ideological differences are not the ones that allow us to explain the economic and political transformations that affect the functioning of the system and its institutions, foreign policy, defense, and even topics apparently as ideological as the relationship between the Church and the State.

Below I share seven key ideas about the political moment and its peculiarities and then point out some problems within the current critical juncture that affect us.

Problems on the path to the VIII Congress of the PCC

Although these are ongoing processes that demand continuity and development, in 2020 the government signaled its determination in areas such as the application of monetary and exchange unification, salary increases, extension and modernization of communications (institutional, social and private access to ICT, the digitization of society, etc.), diversification and tightening of international alliances (China and Russia, but also with the EU), and reaffirming the standardization policy with the US (despite the disgrace of Trump).

In other areas of politics, however, there is little or no progress. Examples, and without space to elaborate on them, include the institutionalization of relations with Cuba’s emigration, or the recognition of the impact that unions, professional organizations, associations, NGOs, etc. have on how a political system functions.

Maintaining the VIII PCC Congress (April 16-19), while applying the policies agreed upon during the VII, despite the re-emergence of COVID-19 and the worsening of the already difficult economic situation, is an expression of political will. It is clear that the Ordenmiento measures could have been adopted earlier—the question is whether not having postponed them once again, despite the costs, would have been the correct political decision.

Even though the agenda of the VIII Congress was not known as of the writing of this text, it is possible to consider problems that are visible on the national political radar. These have a structural contradictory nature. In other words, these are contradictions that do not depend on “subjective” factors such as ideological lenses, or technical errors, but rather on tensions inherent in the economic and social situation and their reflection in the policies implemented. This complex equation has COVID-19 as an independent variable.

I limit myself here to commenting very concisely on four problem areas:

Structural contradictions (or antinomies) that run through policies include:

According to the Economic Strategy to Face the Crisis and COVID-19 (EES), it is necessary to: ensure “municipal self-sufficiency of agricultural products,” assert “municipal development strategies and land and urban planning,” and put them in the hands of local power and its institutions; facilitate the approval of investments at a certain scale; and order the largest supply of strategic inputs, such as construction materials, to “local production plans.”

The legislative plan for 2020 included urgent topics such as territorial planning, the courts, criminal procedures, housing, public health, claims of constitutional rights, and national defense. The pandemic postponed almost all of them, including a decree-law scheduled for last September on demonstrations and assembly (Article 56: “the rights of assembly, demonstration and association, for lawful and peaceful purposes, are recognized by the State.”). Others on citizenship, land, migration, and foreigners, important for emigration procedures and their rights, were also postponed. However, the Associations Law planned for 2022 in the 2019 schedule has been maintained for the same date.

Tracing COVID-19 and its effects requires prioritizing areas in the legislative schedule, and the VIII Congress could probably influence that political review.

The revaluation of health, higher education, culture, and science, barely defined as “public services” and “budgeted sectors” (meaning, “unproductive”) in the prevailing documents and macroeconomic logic has reached a higher level of importance thanks to COVID-19. The challenges of the pandemic have forced us to look more towards innovation and development in the production of high-end medicines and medical services, in contrast to sectors such as tourism, where more conventional representations prevail and with poor added value. Can these lessons be extended to conceptual changes in the management of the economy, and to other sectors, in addition to drug production and public health?

I have limited myself to commenting on the implementation of economic policy and some, not all, of its own contradictions. I identify them as contradictions inherent to that policy—even if pure economic reason reduces them to expressions of ideological blindness or lack of knowledge from the decision makers—because they reflect a political reason faced with a complex national situation, as described by Cuban social science.

It would also be necessary to consider other problems of politics; like say, those of a new government, which no longer has, and will not have, the type and level of consensus that existed in the past but will have to constantly promote it. Explaining its political rationale and its circumstance is not the same as agreeing with it or justifying it, but aims only to understand it and be better able to anticipate it. For example, appreciating how this picture would interact in a changing relationship with the United States and with Cuban emigration, which, although not a panacea, could lessen the festering of those and other problems based on to historical patterns.

To understand this interaction and its future in realistic terms, one must learn to think about it within present context, and with another mindset.

Rafael Hernández is a Cuban political scientist and chief editor of Temas, a social science journal based in Havana.