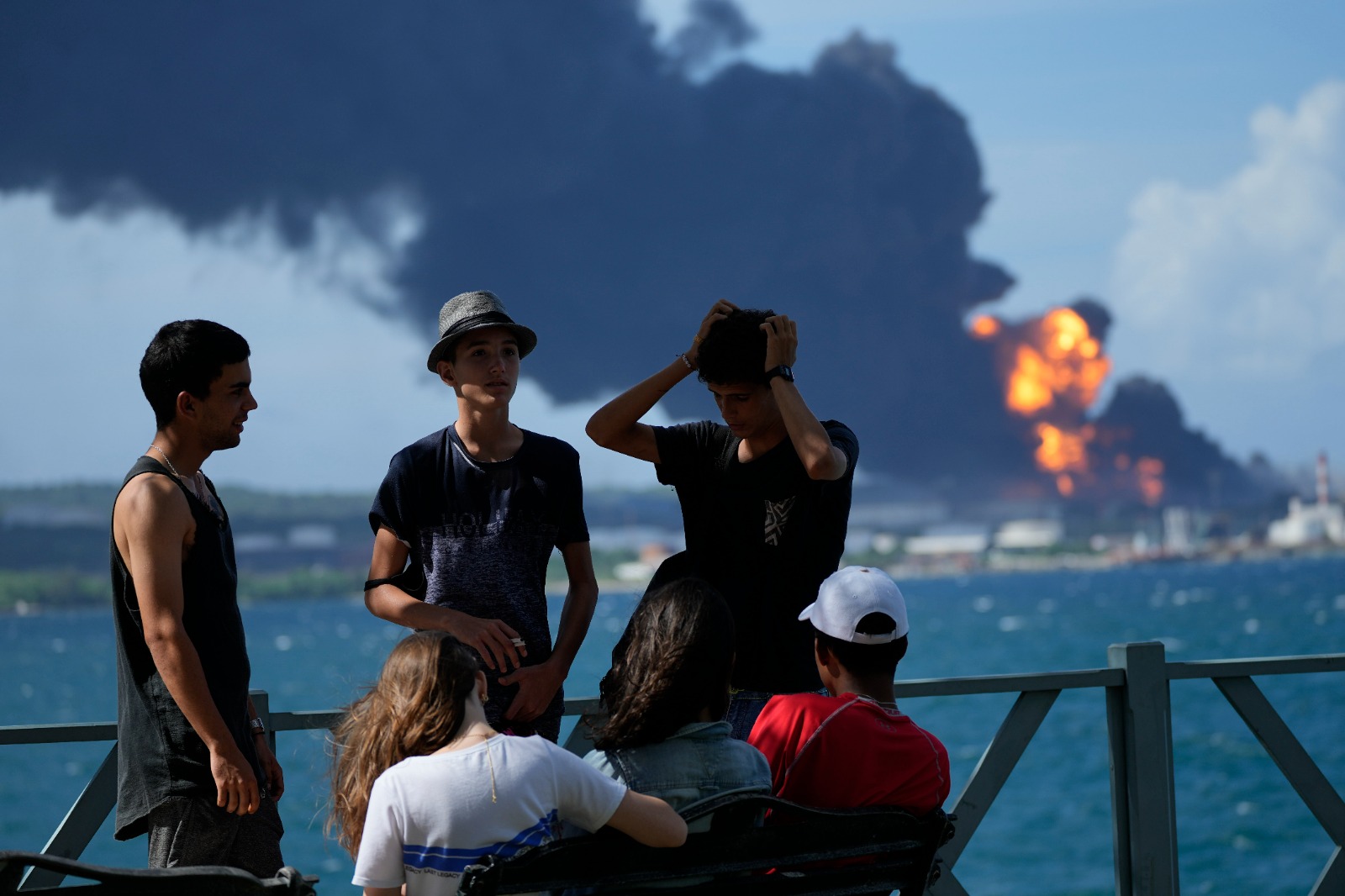 Washington, D.C. — The undersigned organizations call on the U.S. government to expedite technical and direct disaster relief assistance to Cuba, engage in ongoing bilateral dialogue and cooperation, and suspend relevant sanctions to facilitate the response and recovery from the explosions at the Supertanker Base in the Industrial Zone of Matanzas and their after-effects.

We are saddened to learn of the many injured, missing, and dead as a result of the series of recent explosions at the Matanzas Supertanker Base and subsequent uncontrolled fire at Cuba’s largest oil storage facility. We extend our condolences to the families and communities impacted, extending from Matanzas to Mayabeque, Havana, and beyond.

While we are encouraged to see that the U.S. and Cuban governments are already in conversation about the U.S. providing technical assistance, the humanitarian and medical exceptions in U.S. sanctions are fraught with bureaucratic obstacles that impede the agile and urgent response that is needed. We urge the White House  to call for expedited disaster relief support across all relevant agencies and extend the  necessary emergency humanitarian aid to respond to the incident and its ramifications on the island. As such, the U.S. government should:

Cuba’s current energy and economic crisis–the island’s worst since the fall of the Soviet Union–has been an ongoing source of great desperation and hardship. Before the explosions at the oil facility, Cubans were already experiencing major problems due to the unstable electric system and lack of fuel, including hours-long outages and scheduled blackouts. This sudden loss of fuel and storage capacity infrastructure caused by the fire is likely to aggravate the energy situation in the island and contribute to outward migration. Facing the possible collapse of Cuba’s electrical grid, the U.S. government could assist in these critical times by authorizing humanitarian exemptions for the export of oil or LPG (Liquified Petroleum Gas) to the island. Furthermore, the 2017 U.S. – Cuba bilateral oil spill preparedness and response agreement could serve as a framework for further disaster relief and response cooperation.

In the longer term, the U.S. government should take the following specific actions to help break Cuba’s cycle of energy dependency:

Disaster relief cooperation with Cuba has a long-standing precedent, even in the midst of a tense bilateral relationship with the United States. In the short-term, aid is needed but the ramifications of this event will be felt for years and require long-term commitments in disaster relief and climate change mitigation programs to help Cuba recover.

Joint efforts by the United States and Cuba have resulted in some of the most effective responses to natural disasters, demonstrated need on both sides for cooperation to provide healthcare solutions, and create systems to efficiently respond to and mitigate damage from man-made environmental catastrophes. These efforts include informal medical collaboration in Pakistan in 2005 and Haiti in 2010 following deadly earthquakes, Central and West Africa in 2014 during the Ebola epidemic, at the U.S. military base at Guantanamo Bay in 2018 following a wildfire outbreak, and cooperation in 2018 to coordinate pollution responses for offshore oil and hydrocarbon spills.

Last May, the U.S. and Cuba met for the first time in several years to discuss the implementation of the bilateral migration accords. The Biden-Harris administration’s commitment “to pursuing constructive discussions with the Government of Cuba” was an important first step. In light of the terrible situation unfolding in Matanzas and Cuba’s ongoing economic and humanitarian crisis, we urge the Administration to restart broader bilateral diplomatic engagement with Cuba on a range of issues, which will address U.S. national security interests and U.S. policy goals pertaining to disaster relief and climate change mitigation, reduce bilateral tensions, adhere to U.S. regional cooperation commitments, and mitigate future crises. Areas that will bear fruit and already have agreements in place include: Law enforcement and counter-narcotics; Environmental protection; Agriculture; Public Health; and Climate Change.

Sustained support for the Cuban people is especially critical right now as this horrible tragedy will undoubtedly accelerate the severe energy and economic crisis, among other challenges for Cubans that have also been exacerbated by long-standing blanket U.S. sanctions. To reduce further suffering, the U.S. government should suspend the sanctions that disproportionately hurt the Cuban people by expanding remittances channels; loosening regulations on banking and online payment processing; and simplifying end-user verification requirements for the exportation of medical supplies, instruments, and equipment.

With only 91 miles separating the U.S. and Cuba, the 93 mile-long smoke plume emanating from Matanzas is a visual reminder that the U.S. and Cuba are close neighbors and ongoing dialogue is critical to resolve short-term and long-term needs of the Cuban people as well as to safeguard the interests of the United States.

Center for Democracy in the Americas (CDA)

Fund for Reconciliation and Development

The United Methodist Church — General Board of Church and Society