Independent Media in Cuba: a Swallow that Does Make a Summer 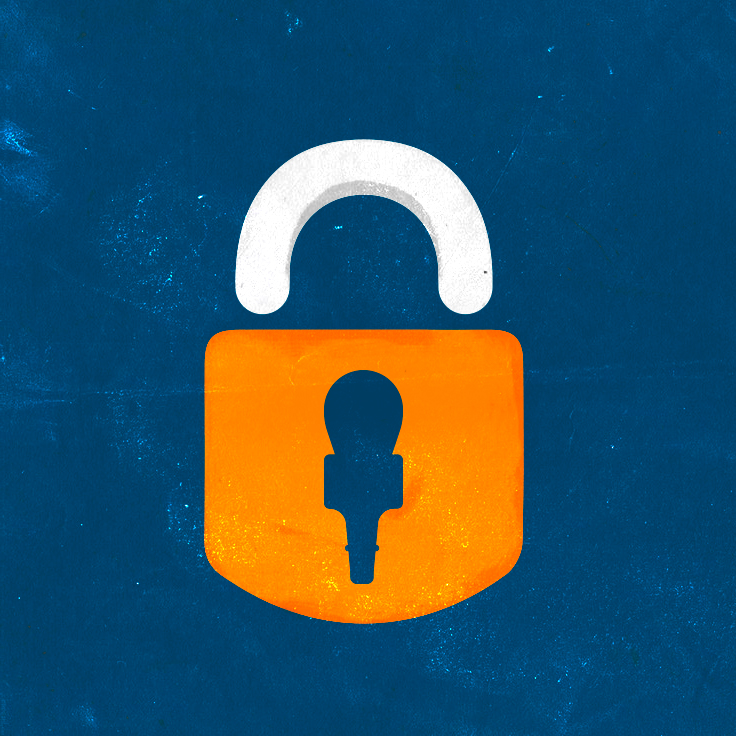 Cuban independent media has had quite a liftoff this the last decade, moving from a desolate landscape, very much like a desert with only a few cacti at sight, to a varied and complex ecosystem, solid at times, and in many occasions struggling even with itself.  Their different agendas strengthen public debate, and also, each one of the media outlets in particular, because these agendas make each more specialized, more aligned with their particularities, with their own editorial lines.

However, that monolithic bloc that constitutes the state-owned media prefers to stick with the convenient argument that all independent media is one, that they all have the same interests or that all are run by the same owner, as if there were such a thing. This occurs because the ones in power—the Ideological Department of the government— need to conjure an enemy that looks just like itself, in order to be able to understand it.

Language often says less of what is said than of who says it, and when the national media system run by relevant governmental authorities judges independent media the way they do, or decides to ignore its different shades, they do nothing more but to reflect themselves in front of the mirror of words. They are looking forward to mapping or defining a territory that keeps the public debate within a known perimeter: one that has been plowed for decades by official rhetoric. It is as if they wanted to keep playing inside their house at all costs. That arena, which was once the amphitheater of the world, but has been nowhere to be found for 30 years, had a name: the Cold War.

The success of Cuban independent media, that is to say, its proliferation and progressive professionalization over the last decade, amidst a hostile, almost warlike environment, is a consequence above all of having moved (consciously or not, or even in both ways) some of Cuba’s rhetorical lines towards certain spheres of global modernity; of having installed a renewed idea of what is real in a significant part of the collective consciousness.

In that sense, some debates are generated on unknown territory to all, with the sometimes comforting feeling that they have managed to penetrate a country that is perhaps not new, but at least different, in spite of the fact that the official and political power structures remain at the same they have always been; still settled and conceived within its totalitarian logic, but more worn out and less resistant.

We must remember that the professions which have suffered the most in Cuba are those which were adapted to serve the interests of the authorities and submitted to a violent castration of their purposes, arbitrarily turned into their opposites. Among them, there is probably no worst castration as the one committed against journalism, which has been asked to call cancer the flu.

There is an elucidating factor to consider, having to do with the use of the category independent to label non-state media. The answer is simple and absolute, but apparently some think there is an area where the word fails. The independence of a medium —specifically of small media which anywhere in the world have to resort to different models or alternatives of financing by means of patrons, donations or grants—consists of the complete autonomy of its journalists in order to determine the editorial line of its own medium.

In this case, money (and this is something I have been able to ascertain not only in Cuba, but in the majority of Latin America’s most important independent outlets, meaning, those magazines and websites which do not respond to any transnational corporation, nor are subordinated to the whims of the State) is a factor that helps operationalize such freedom, and looks forward to promoting, and not kidnapping, it. In the end, it is the rigor, plurality, and impact of journalistic contents which will demonstrate or not before a society –its only real judge– the true independence of a press medium.

In my case, I am the senior editor of the magazine El Estornudo, which made its appearance in March 2016. The fact that it existed approximately two years without any kind of monetary support is a solid argument that shows, as a generalizing example, that the explosion of alternative media during the last years responds to crucial interests –that is to say, spiritual, professional– and in particular ways, political and historical.

At El Estornudo, we have tried to establish a dialogue with the government, though not in the way they expect us to do. We have resisted a descent into conciliatory and pusillanimous forms of rhetoric that almost sound like asking for forgiveness, giving explanations instead of demanding them, or twisting words with a fear of punishment until someone considers we have learned who knows what lesson and decides to unblock the direct access to our website, which is censored in Cuba.

Likewise, we avoid inflammatory labelling, appealing tones, turning ourselves into the news, passively assuming the role of victims, or restricting our informative agenda in ways that risk us become the kind of emphatic and militant press so functional to the interests and intents of official authorities.

The fact that Cuba is largely immersed in a serious moral, economic, and social crisis is something that our magazine has highlighted in multiple reports and analyses, not because someone wanted us to do so, but because in the long run those are the facts. Furthermore, we insist that our country is a far richer landscape, more plural and subversive than what its government wants it to be. We care about the government inasmuch as its presence influences, prejudices and determines the life of so many Cubans. It is a means to access reality, not the end of it. We reject the equivalence between “government” and “country” because to accept it would mean to cede more territory to the government than it deserves.

I mention these qualities, which would appear restricted to purposes of El Estornudo, because I think they should be—and in many occasions are, although not in others—the deontological guidelines of independent media in general. Ultimately, the practice of journalism as the scrutinization of power, scalpel of conflicts, pulse of politics and the society, and witness and archive of the times and historical memory, is not transferable and not negotiable, regardless of whether the conditions to practice it are increasingly adverse or precarious.

The origin of this new communicative terrain stems from a series of changes that have taken place in other aspects Cuban life over the past few years. Namely, the progressive but increasing presence of the Internet in our country, the healthy normalization (though temporarily on hold) of diplomatic relations with the United States, the significant loss of economic support from Venezuela, the presidential transitions from Fidel Castro to his brother Raúl, and from the latter to Miguel Díaz-Canel. Even cosmetics—if we want to see it that way, and we have plenty of reasons to do so—always bring about some variation and a certain order change.

In the case of Cuba’s independent media, there is maybe as never before, a beneficial blend of awareness spawning from different experiences and personal careers: self-taught reporters with weathered skin who have suffered the vicissitudes of repression and censure, and a group of graduate journalists formed at the country’s schools of communications, those institutional seedbeds which normally produce employees for the state-owned media.

Ultimately, the risks associated with this scenario are encouraging for independent media, broadly speaking; the proof of a certain efficiency. But only journalistic rigor can guarantee its survival. The strengthening and pluralization of an ecosystem spanning from fashion magazines and “breaking news” media to environmental news outlets. There is a didactic, effective and robust phrase expressed by Arthur Miller, that ultimately summarizes this condition: “A good newspaper, I suppose, is a nation talking to itself.”